Taking opiates will often cause the user to feel dizzy or lightheaded. This dizziness is one of the early effects that many users are seeking when they abuse the drug and continue to take opiates over and over again. 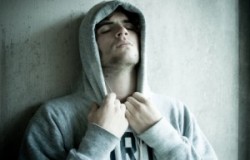 Opiates can cause drowsiness, confusion, dizziness and more.

Many people who abuse opiates will suffer from long bouts of nausea and vomiting. The drugs themselves will cause nausea and vomiting as will a lack of using the drugs once physical dependence has set in. The vomiting in the early use is a result of the drug itself while vomiting later following an abrupt elimination of the drug from normal use is the result of opiate withdrawal.

Opiates such as heroin, prescription painkillers and similar drugs cause constipation. Generally, people who abuse these drugs will have difficulty regulating bowel movements while they are using regularly. Once use stops, it can take days or weeks for bowels to return to normal and in some cases, long term treatment using laxatives becomes necessary.

Opiate abuse is often characterized by the increase in tolerance that develops over time and the physical dependence that is likely to occur when an individual takes the drug for a prolonged period of time. Physical dependence, also known as opiate addiction, is a very common side effect of opiate abuse.

Overuse of opiates will result in a tolerance that can make managing pain challenging. Many people who abuse opiates will have to be prescribed other methods of pain treatment when they are injured or hurt because their body has already developed an immunity to the analgesic qualities of the opiate itself.