Side Effects of Opiate Abuse

Opiate addiction can lead to a number of serious side effects.  From physical ailments to psychological distortions, the side effects of opiate abuse are often the most notable sign that a user is suffering from a deeper problem; opiate dependence.  The severity of opiate abuse can greatly add to the seriousness of the side effects that a user will have when he or she is abusing harmful drugs such as heroin, prescription painkillers or similar drugs.

One of the easiest to spot signs of opiate abuse is a constricted pupil.  The user’s pupils may not change in the dark or they pupils may be constricted despite being in a relatively low light setting.  Even when tolerance to opiates has developed, the pupils will not lie!  A user who is abusing opiates will not be able to chance the appearance of their pupils when they are under the influence which makes this a tell-tale-sign that many doctors, treatment professionals and law enforcement officers use to determine whether an addict is under the influence. 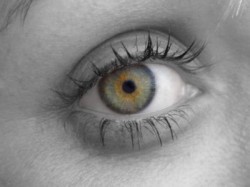 One of the side effects of opiate abuse is constricted pupils.

Opiate abuse causes the respiratory system to become sedated and labored.  Breathing may slow down significantly or it may stop all together.  One of the most common side effects of opiate abuse that is easily spotted is labored breathing that is irregular.  When a user enters a treatment setting, the professional is able to quickly recognize that the user is under the influence simply by listening to the heart rhythm and respiration of the user.

Nausea and vomiting are two very common signs of opiate abuse.  Most people who first start using drugs such as heroin or certain prescription painkillers will show signs of aversions to the drugs.  They may feel sick, throw up or otherwise have gastrointestinal upset.  As the user continues to abuse the substances, these aversions may dissipate but they will appear when the user doesn’t have the drug of choice and is suffering from withdrawal.

Opiate abuse can very quickly lead to tolerance that requires the user to use more and more of the drug in order to feel the same effects. This tolerance is often the cause of further damage to the body and it is what creates the backdrop or foundation for opiate addiction.  As the user increases his or her level of drug abuse, starts to use drugs more often or uses larger amounts of the opiate of choice, an increased risk of overdose and serious complications also occurs.

According to the National Library of Medicine, opiate abuse can lead to opiate withdrawal which makes it very difficult for the user to say “no” to drugs.  The symptoms of opiate withdrawal often include agitation, anxiety, irritability, nausea & vomiting, cold-like symptoms and various other physical ailments.  Without using more opiates, or allowing the toxins that are already in the body to run their course, the addict will continue to feel these symptoms of withdrawal for a period of 3-10 days.  Most users will do whatever they can to get more of the drugs rather than deal with the symptoms of withdrawal and this only further escalates the problem of addiction.