First developed in 1995, Tramadol goes by the brand names, Ultram and Ultracet. Initially, Tramadol was marketed as a non-controlled analgesic medication for the treatment of moderate to moderately severe pain symptoms.

According to the U. S. Drug Enforcement Administration, as of 2014, Tramadol was reclassified as a Schedule IV controlled substance due to reports of abuse and adverse events associated with its use. In 2013 alone, retailers dispensed an estimated 43.8 million prescriptions within the United States.

Tramadol belongs to the opiate category of drugs, which accounts for its benefits as an opiate withdrawal treatment. Overall, Tramadol for opiate withdrawal works in much the same way as methadone and buprenorphine replacement therapies.

Opiate Effects on the Body

The benefits of Tramadol for opiate withdrawal tie in directly with how opiates affect the brain and body when used for prolonged periods of time. Opiates share a similar chemical make-up with the body’s own endorphin chemicals, most of which work to manage pain sensations throughout the central nervous system.

When ingested, opiates interact with the body’s opioid cell receptor sites located throughout the brain, central nervous system and gastrointestinal tract. In effect, the body easily integrates opiates within its own chemical system, which actually predisposes a person to the drug’s abuse potential.

According to the University of Maryland Medical Center, opiate pain-relieving effects result from the drug’s ability to stimulate endorphin production and increase endorphin levels throughout the body. With ongoing drug use, the brain and body auto-adjust endorphin production levels to correspond with opiate’s continued presence in the system.

Over time, the cell sites most affected by opiate effects start to weaken from overuse. These conditions develop prior to the onset of opiate withdrawal. Once a person stops using or enters detox, Tramadol for opiate withdrawal helps to relieve uncomfortable withdrawal symptoms.

By the time opiate withdrawal takes hold, the brain and body have developed a physical dependency on the drug’s effects. In this state, the brain becomes unable to regulate bodily functions as normal in the absence of the drug.

Physical dependency can develop in a matter of weeks or months depending on the drug’s potency and the dosage level taken. Tramadol for opiate withdrawal relieves most all withdrawal symptom types, including: 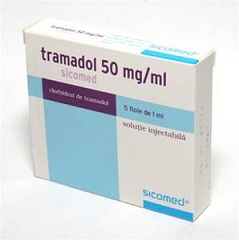 Tramadol can be helpful to ease symptoms of opiate withdrawal.

Opiate withdrawal symptoms account for why it’s so hard for addicts to stop using, making it difficult to follow through on continued abstinence for any length of time. By the time a person enters detox, prolonged opiate use has left the brain in a chemically unbalanced state.

With continued abstinence, the brain eventually returns to a state of chemical balance, but this takes time. Once a person stops using, the brain is left to pick up where opiate effects leave off all at once. Until chemical levels return to normal, a person will continue to experience withdrawal symptoms.

Tramadol for opiate withdrawal offers a range of benefits during the detox stage, including:

Most all medications used as opiate replacement therapies stimulate endorphin production in the brain, much like addictive opiates do. Unlike addictive opiates, replacement therapies such as methadone and buprenorphine stimulate opioid cell sites at a controlled, time-release rate as opposed to the full force attack addiction opiates have on cell sites.

Tramadol for opiate withdrawal produces an even milder effect than methadone and buprenorphine, which makes for a lower addiction potential. Ultimately, the more potent the replacement therapy drug the higher the risk for addiction.

In the same vein, addictive opiates like heroin produce short-term effects and so require repeated dosing to maintain the drug’s “high” effects. Tramadol for opiate withdrawal not only has a low potency level, but also allows for longer times between dosing than traditional replacement therapies. These combined effects make for a less addictive treatment medication overall.

As a symptoms management approach, Tramadol for opiate withdrawal produces low potency effects, which makes it possible to better manage withdrawal symptoms in terms of dosage administration. Traditional medications have a higher potency level, making it more difficult to adjust dosage levels according to any one person’s treatment needs. With Tramadol for opiate withdrawal, treatment providers can prescribe the lowest possible dosage level, which offers a more precise treatment result.

Opiates as a group tend to carry an extensive side effect profile. The stronger the opiate the more side effects the drug produces. Side effects may take the form of:

In general, drugs used in opiate replacement therapy must be tapered gradually once a person is ready to discontinue treatment. The same goes when using Tramadol for opiate withdrawal.

As with any medication therapy, a person’s individual treatment needs best determines whether Tramadol for opiate withdrawal offers the best treatment approach.