Opiates are drugs that come from the opium that is extracted from the poppy plant. Opiates refer to the natural drugs produced from opium such as morphine and codeine, and opioids are a class of opiates that are synthetic drugs that are made to mimic the effects of opium, which are drugs such as Percocet, Percodan and Oxycontin.

According to www.nlm.nih.gov, about 9% of the population is believed to misuse opiates over the course of their lifetime, including illegal drugs like heroin and prescription pain medications such as Oxycontin. These drugs can cause physical dependence. This means that a person relies on the drug to prevent symptoms of withdrawal. Over time, greater amounts of the drug become necessary to produce the same effect.

All opiates are highly addictive and have rapid dependencies, which cause many people to abuse the drug. Opiate rehab programs are available to help people overcome their opiate addictions and outpatient opiate rehabs are the best choice for people who have other responsibilities, such as work and family that they must be present for daily. 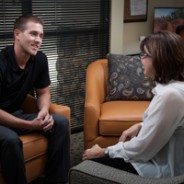 Opiate withdrawal symptoms and detoxing from opiates in general can be extremely difficult and many people need help to do so. At an outpatient opiate rehab an individual will be able to complete their detox in the comforts of their own home or wherever they choose, yet still go in to the treatment center on their set days and be medically supervised to ensure they are having a healthy detox.

An outpatient opiate rehab will provide a person with the proper resources they need to help them with their withdrawal symptoms, such resources typically include therapy and medication if need be.

An outpatient opiate rehab will help an individual get through the physical withdrawals, which may require the use of medication, and help them get through the psychological withdrawals which also may require medication as well as therapy. Therapy tactics will differ for each outpatient rehab, for example, some rehabs use cognitive therapy whereas others like to use group therapy. A person deciding to go to an outpatient rehab should choose one that has a therapy that they feel will be the most beneficial to them.