Any medication used to relieve pain symptoms inevitably interferes with nerve cell signal transmissions throughout the brain and body. According to the National Institute on Drug Abuse, this method of action can cause considerable damage to brain and body functions when opiate use continues on a long-term basis.

Anyone who has been taking opiate drugs for a week or more may want to keep an eye out for these 10 most likely symptoms of opiate addiction. 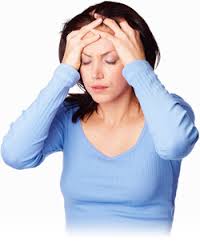 Sedation, though an intended effect for some opiate medications, can quickly become an all-day experience when taking opiates on a frequent basis. Sedation effects can even reach the point where a person “nods” out periodically without even knowing its happening.

When taken in large doses, feelings of euphoria set the stage for abuse to begin. Symptoms of opiate addiction most often originate from this one symptom as people attempt to recreate the “high” effects of the drug with ongoing use.

Much like opiate effects on digestion, slower central nervous system functions also affect the body’s respiratory system. Someone using opiates may show symptoms of respiratory depression, which results in him or her taking shallow breaths when breathing.

This symptom of opiate addiction can take various forms, some of which include:

Opiates naturally bind with the brain’s own opiate receptor cells. This interaction results in large endorphin chemical secretions throughout the brain. As a person’s brain functions deteriorate, the brain becomes less able to maintain emotional stability on an ongoing basis.

According to the U.S. Library of Medicine, brain cells grow less and less sensitive to opiate effects the longer a person uses. This symptom of opiate addiction becomes the backbone of the addiction process.

As the brain comes to rely on opiate effects to function normally, increased tolerance levels drive the persistent drug cravings a person experiences. This symptom of opiate addiction can make it especially difficult to stop using and often continues long after a person stops using altogether.