4 Signs You Are Addicted To Prescription Medicine

While symptoms of prescription medication addiction varies based on the medication itself, this is one of the most common signs. Many doctors and pharmacists are trained to be on the lookout for “lost” prescriptions, as this is often a go-to sign of addiction. 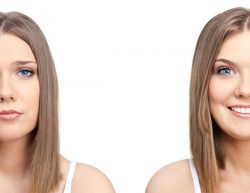 Mood swings are common when addicted to prescription medicine.

The signs of addiction are different based on the medication, but many have been known to cause the person to develop odd bursts of almost manic energy. Sometimes this is a direct result of the drug, or a sign of that the drug is wearing off.

They can be sudden and may last for a varying amounts of time. There is often also mood swings that come with the energy. As addictive substances have a different effect on each person, and according to the DEA will often change how the brain functions, mood swings can be highly unpredictable.

However the effect they have is usually the same, and are typically quite noticeable.

One of the biggest signs of prescription addiction is the amount a person needs to take in order to feel any effects. According to the NIDA, many people who are addicted to prescription medication will continually take higher quantities of the drug they are prescribed, going well over the instructed amount.

This is usually because their body is developing a tolerance to the medication, which can also happen when following the directions of a prescription that you have had for a long length of time. As the person is increasing their dosage, and doing so much more frequently than necessary, the body begins to build up a tolerance quicker than it would under normal circumstances.

Why Has Prescription Addiction Become So Popular?

Due to the effects and changes that prescription drug addiction has on the body, sleep patterns may change as well. This can mean little sleep, especially if the medication is classified as a stimulant, or a lot of sleep if they are on a sedative.

Usually, changes in sleep patterns occur as a result of the medication’s side effects, so the degree of change can vary from medication to medication. There is the possibility that, in order for the person to normalize their sleep patterns, they may choose to take additional medication like sleeping pills.

This can result in dangerous drug interactions with serious consequences. Sometimes, the combination of side effects can remain after the person has sought treatment, so any alterations to sleep patterns may be permanent.

If you or a loved one is struggling with addiction, please consider contacting us though our website or via phone at 800-584-3274 Who Answers? to speak with one of our caring specialists.