Opiates are powerful sedatives that are both natural and manmade. The term opiate stems from the word opium, which is the raw, sticky substance that is produced from the poppy plant. Opium has been used for centuries to help people deal with pain and throughout the years it has been utilized to make different types of drugs both legal and illegal.

Opiates are highly addictive drugs that are commonly abused and that eventually begin to consume a person’s life. Opiate addiction poses numerous problems in a person’s life such as, health concerns, loss of money, loss of relationships, loss of jobs and partaking in criminal activities.

Opiates affect a person’s judgment and will cause a person to feel little to no pain resulting in a euphoric effect to form throughout their body; most people enjoy this feeling and continue to abuse the drug in hopes to keep the feeling. However, opiates form rapid tolerance levels resulting in a person needing to continually increase the dosage of the drug in order to receive the feeling they want; this causes many people to experience an accidental overdose of the drug, which can result in them ending up in a coma or possible death. 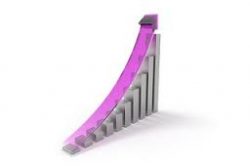 1)      Over the course of their lifetime, approximately 9% of the US population, which is about 30 million people, will misuse opiates, including drugs like heroin and prescription pain medications such as Oxycontin. ( The US National Library of Medicine National Institutes of Health)

3)      From 2004 to 2011 the number of emergency room visits from pharmaceutical drugs increased by 128% and the amount of ER visits from oxycodone alone increased by 220%. ( Brandeis University)

4)      Opioid usage has become more popular with teens throughout the years. Seven out of ten teenagers co-ingest opioids with other drugs to receive better effects. Out of the other drugs used with opioid medications, marijuana was number one and alcohol was number two. This creates a significantly higher chance for an overdose to occur. (The National Institute on Drug Abuse)

8)     A survey from 2003 showed that of an estimated 314,000 Americans who used heroin in the past year 57.4% were classified with a dependence on or abuse of heroin. About 281,000 people received treatment for heroin abuse that year. (National Institute on Drug Abuse)

9)     It is estimated that 70 to 80 percent of new Hepatitis C infections each year in the USA are among individuals who inject opiates and other drugs. This group, called injection drug users (IDUs) are the group with the highest risk for contracting Hepatitis C. (National Institute on Drug Abuse)

10).   Every hour in the United States one baby is born with an addiction to opiate drugs. Neonatal abstinence syndrome, a marker of addiction in babies and the drug withdrawal syndrome newborns experience, is said to have tripled between 2000 and 2009. (University of Michigan)