What is Opiate Addiction & How Does it Begin?

Opiate addiction is the result of having abused opiates either recreationally or as a result of having been prescribed the drugs for the treatment of mild, moderate to severe pain.  Sustained use of opiates, regardless of why they are being used, can lead to tolerance and physical dependence.  Opiate addiction begins with sustained opiate use and the progression of this terrible disease will depend on various lifestyle and environmental factors associated with the user.

According to the National Survey on Drug Use and Health, more than 2 million Americans abused or were dependent on opiates in the past year.  Opiate addiction affects men and women of all ages, from all ethnic groups and in all levels of education.  Chances are you, your neighbor, your loved one, a family member or friend are already suffering from opiate addiction.  This is one of the most prevalent addictions in the entire world and with increased use of prescription painkillers both in medical and non-medical settings, the risk of becoming addicted doesn’t seem to be getting any smaller.

How Does Opiate Addiction Begin? 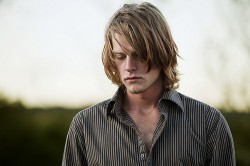 An opiate addiction can effect both men and woman of all ages.

The truth of the matter is, nobody sets out with the plan of becoming addicted to opiates.  Physical dependence on opiates can begin as a result of recreational use or it may begin as a result of taking a drug that was legitimately prescribed for pain such as that following an injury, illness or accident.  While every situation is unique, opiate addiction often begins in a similar manner; the user either: 1) uses opiates for fun and continued use leads to physical dependence; or, 2) uses opiates for the treatment of pain following an accident or injury and such use progresses out of control.

Regardless of how opiate addiction begins, there is often a need for professional help once addiction has taken over.  Physical dependence on opiates can be really difficult to overcome but with professional help, support and counseling can provide a solid foundation for effective recovery that leads the user in the right direction.  Finding help starts with admitting that there is a problem and that you need help.  Taking the steps to get treatment for opiate addiction can make the difference between whether you make a long lasting recovery or not.