Opiate addiction can affect everyone differently.  Some people can use the drugs for a prolonged period of time without ever feeling the strong symptoms of addiction while others may use opiates only a handful of times before physical dependence begins to heavily set in.  The symptoms of opiate addiction are often physical in scope and easily recognized by the user and by others. It’s important to understand how physical opiate addiction symptoms relate to you so that you can asses your individual risk and the potential need for professional treatment early on.  Getting help immediately can save you from a lot of undue stress, danger and potential long term consequences. 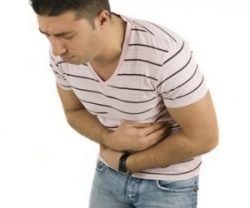 The symptoms of opiate addiction symptoms are often noticeable to others.

Opiates can cause irregular bowel movements and they dehydrate the user which can make constipation become a chronic matter.  Various digestive disturbances are likely when opiates are being used.  Prolonged use of opiates almost guarantees constipation and, if the drugs are not used, there is a high potential for diarrhea that occurs as a result of withdrawal.

Insomnia is a very common symptom of opiate addiction.  People who abuse opiates will often have trouble sleeping at night but when they fall asleep, they may sleep for a prolonged period of time significantly longer than what may otherwise be considered normal.

Opiate addiction can lead to erectile dysfunction and a wide range of problems.  Sexual desire may be lost as the addiction sets in an the user becomes more focused on getting high and less focused on relationships with others.  The chemical changes that are occurring within the body can further hinder sexual activity causing serious stress on relationships.

The physical ability for a user to take more of a drug in an effort to produce the same effects is known as tolerance.  This is one of the first noticeable physical symptoms of opiate addiction and it’s the first real sign that the user is becoming dependent on the drug of choice.

Many people who are addicted to opiates will actually make a decision to quit using the drugs because they realize how bad the drug use really is for them and that there are dangers associated with their continued drug abuse.  Unfortunately, one of the common symptoms of opiate addiction relates to relapse which is the event of quitting for a period of time and then giving in to temptation and using drugs again.  Relapse is also a very dangerous symptom as it can lead to overdose or fatal consequences.

Physical opiate addiction symptoms are often most noticeable when the actually withdrawal symptoms begin to take effect.  When a user attempts to quit and experiences feelings of anxiety, heightened paranoia, urges to use more drugs, cold or flu-like symptoms and similar withdrawal symptoms there is definitely a problem with addiction setting in.  This is a sure sign that it’s time to seek professional help as the symptoms of withdrawal will not get any better if the user continues to give into temptation and to use drugs.