Opiates, or opioid drugs, are one of most highly prescribed substances in the world today and one of the most frequently abused. According to the National Institute on Drug Abuse, “The abuse of and addiction to opioids such as heroin, morphine, and prescription pain relievers is a serious global problem that affects the health, social, and economic welfare of all societies.”

Between “26.4 million and 36 million people” abuse these drugs around the world, and the death toll associated with opioid abuse and overdose continues to climb as well. Opiate addiction has become an issue that can cause just as many dangerous results as any other type of substance abuse, legal or illegal, and it is important to know the truth of this sweeping and harmful epidemic.

How Does Opioid Abuse and Addiction Occur? 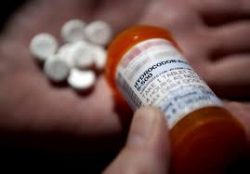 Opiate abuse begins when the drug is taken for reasons other than prescribed.

As the NIDA states, “Taken as prescribed, opioids can be used to manage pain safely and effectively,” but this is not always what occurs, even for those who start out taking opioid medications as prescribed. Narcotics, the category under which every type of opioid drug falls whether it is illegal to use or not, cause somnolent effects on the user as well as relaxation, pain relief, “a general sense of well-being,” and when taken in large enough doses, a euphoric high (Drug Enforcement Agency).

Though doctors prescribe these drugs to help patients with pain, people often come to enjoy and even to rely on the calming feelings these medications cause. After they have been taking them consistently for a certain period of time, usually a few weeks or more, the individual will start to build up a tolerance to the drug, and they will cease to feel the same effects they once did after taking the same dosage. This leads many people to break their prescription amount and to begin to abuse the drug, sending them down a dangerous path that often ultimately leads to addiction.

Others may abuse opioids initially and without a prescription just to feel good. These substances are often readily available because they are so regularly prescribed, which can lead to abuse. Teenagers are at extreme risk for experimenting with these drugs, and according to the DEA, they can easily “obtain narcotics from friends, family members, medicine cabinets, pharmacies, nursing homes, hospitals, doctors, and the Internet.”

Once a person begins abusing opioids regularly, it is likely that they will become addicted, as these drugs are habit-forming and cause chemical changes in the brain that produce drug-seeking behavior and cravings. Once a person has become addicted, many more harmful issues will often begin to occur.

According to the World Health Organization, “Worldwide, an estimated 69,000 people die from opioid overdose each year.” This is because many people do not realize how dangerous opioids are when abused in high doses and many take these substances without a prescription. Using opioids can cause an individual’s breathing rate to slow, which, when the individual takes too much of the drug, can be deadly. The person could breathe too shallowly to receive enough oxygen or even stop breathing altogether. This can lead to coma and brain damage before death occurs, but many people do not make it to the hospital in time to receive help. When someone is addicted to opioids, they are much more likely to overdose on the drug as a result of their constant abuse, therefore making them vulnerable to this dangerous condition.

Those who become truly addicted to prescription opioids often experience high tolerances, and eventually, they begin looking for a stronger fix. Heroin is often the answer, which creates even more dangerous results for the individual.

According to the NIDA, “Research now suggests that abuse of [prescription opioids] may actually open the door to heroin abuse,” and that “nearly half of young people who inject heroin surveyed in three recent studies” stated they began abusing medications like oxycodone, hydrocodone, and codeine before they started using heroin. Unfortunately, heroin is stronger and, surprisingly, cheaper than many prescription medications, so a large number of individuals are beginning to switch to heroin as their drug of choice, causing the rates of heroin abuse to rise.

This is especially dangerous, as heroin abuse was on the decline before this shift occurred, and the drug itself can cause extreme mental and physical problems when abused, as well as a number of personal issues for those who abuse it.

Because many individuals take opioids for pain, the drugs are often considered to be less dangerous when abused than many illegal drugs such as methamphetamine, heroin, and cocaine. But opioid addiction can be deadly, as well as possibly leading to other issues:

Addiction can alter your entire life and take over every aspect of it, even if you believe you have been taking a “safer” medication because it is prescribed. Any time you begin abusing opioids, there is a chance that you could become addicted to them, and this chance increases the longer you do so.

Opioid addiction is a serious issue that affects people all over the globe, which means that it is extremely important to follow the instructions of your doctor any time you begin taking these substances and to avoid any unprescribed use of them. Opioid addiction can become deadly, but it can also affect your life in a number of other ways, causing dangerous results that should be avoided at all costs.

What Do I Do If I’m Addicted to Opiates?

If you believe you are addicted to opiates, call 800-584-3274 Who Answers? to find out about treatment programs in your area and how you can begin to recover as quickly and safely as possible.