Opioid agonists, such as Methadone, are considered effective treatment medications for opiate addiction to eliminate withdrawals and reduce cravings. They work by replacing the biological responses of opioid receptors in the brain, during opiod use, with a similar response.

Under the supervision of a physician, Opioid Agonist Drugs are prescribed as opioid replacement therapies in an effort to “maintain” the abuser for the purpose of avoiding negative and sometimes severe withdrawal symptoms. 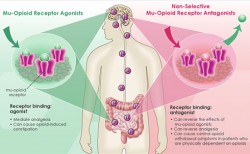 Opioid addiction causes an overwhelming compulsion to use the drug and increased tolerance levels have left people destitute, homeless, or shattered financially and in their relationships with others. Opioid Agonist Drugs are used with the intention to treat people for opioid use, while allowing them to function within their normal work, social, or family environments until they can successfully abstain from opiate use on their own.

Addicts suffer a myriad of physical health effects such as infections, HIV or other diseases, overdoses, and death. Opioid addicts are also at higher risk for mental health disorders such as depression, anxiety, and in more severe cases schizophrenia. By removing some of the dangers associated with opioid abuse and reducing the probability of relapse, opioid agonist drugs can help the person to rebuild their life.

Methadone is the most common opioid agonist drug. According to the University of Maryland, “a number of studies have looked at the effectiveness of methadone programs, and a majority of them have found that methadone can reduce narcotics related deaths, heroin users’ involvement in crime, the spread of AIDS, and also help users gain control of their lives.” Methadone maintenance has been the most widespread replacement therapy treatment for years.

LAAM may be used instead of Methadone, although it is not as common. The effects last longer than Methadone, and addicts need only to take it about three times a week. Because most addicts feel a psychological need to use daily, they may become more anxious using LAAM and extra counseling and support may be required.

Drugs such as Buprenorphine (Subutex, Suboxone) are those that activate opioid receptors but produce a diminished response. They are effective in relieving cravings without producing the “high”.