According to the National Institute on Drug Abuse, as of 2010, an estimated 5.1 million Americans abuse prescription opiates on a regular basis. Couple this with the rising number of heroin users and opiate abuse has become the fastest growing drug epidemic of the 21st century. Not surprisingly, a good percentage of opiate users develop severe addiction problems over time.

Severe or chronic opiate addiction reconfigures the brain to such an extent that people who’ve stopped using for years still struggle with intense drug cravings. Once the brain reaches this point, conventional drug treatment approaches do little to address a person’s condition. Opiate antagonist drugs act as medication therapies, formulated to reduce the likelihood of relapse and ultimately enable a person’s continued success in the recovery process.

With regular drug use, the brain quickly develops a tolerance to opiate effects. According to the Substance Abuse & Mental Health Services Administration, tolerance level changes develop out of the damaging effects opiates have on the brain’s cells, particularly the cells that produce neurotransmitter chemicals.

This damage not only causes increases in tolerance levels, but also makes the cells less responsive to opiate effects. When this happens, users are likely to increase dosage amounts in order to experience the anticipated drug “high.”

In effect, continued opiate use and cell damage form a vicious cycle that works to promote ongoing drug use. These interactions not only pave the way for an addiction to form, but also warp the brain’s overall chemical system.

How Do Opiate Antagonists Work? 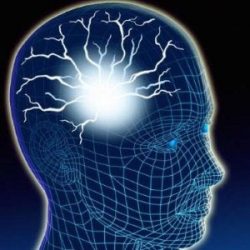 Resuming drug use while taking opiate antagonist medication will prevent the person from getting high.

The drug cravings that plague addicts in recovery have as much to do with the psychological dependence that forms during the course of drug use as the chemical imbalances left behind by opiate abuse. Drug cravings place a person at continued risk of relapse. Opiate antagonist medications work to block the effects of addictive opiates should a relapse episode occur.

According to the Merck Manual, opiate antagonist block brain cell receptor sites and thereby prevent addictive opiates from stimulating neurotransmitter production. In effect, addiction stems from a person’s belief that he or she needs the drug to cope with daily life. This belief system drives compulsive-drug using behaviors. The effects of opiate antagonists work to extinguish this behavior pattern since no “high” effect will result from resuming drug use.

Addiction severity acts as a key determinant as to whether opiate antagonist medications will benefit your recovery process. People best suited for opiate antagonist treatment have long histories of opiate abuse and have likely attempted drug treatment multiple times to no avail.

Once the brain’s chemical system reaches a certain point of imbalance, a person requires some level of physical support in order to overcome drug cravings. Under these conditions, opiate antagonist treatments can be of great benefit.

Recovering from a chronic opiate addiction takes time and effort. Having the right treatment supports in place can mean the difference between maintaining long-term abstinence and untimely relapse episodes that weaken your recovery efforts.

If you or someone you know struggles with opiate addiction and are considering opiate antagonist treatment approaches, please feel free to call our toll-free helpline at 800-584-3274 Who Answers? for more information.