Opiates are drugs that derive from opium that is produced from the poppy plant. Natural opium is a very powerful analgesic drug that has numerous effects on a person’s body; the top of which being a pain blocker. Opiates are both legal and illicit drugs, which include drugs such as, heroin, morphine, codeine, and opioids, which are painkillers like Percocet and Oxycontin.

According to The US National Library of Medicine National Institutes of Health, in America, over 30 million people will abuse opiates, including drugs like heroin, over the course of their lifetime; this is approximately 9% of the US population.

Opiates are extremely potent and when a person abuses the powerful sedative they will feel little pain and experience a euphoric rush throughout their body. This euphoria is what causes many people to continue to abuse the drug. Although the feeling a user is experiencing when they first start taking opiates may be pleasurable, opiate abuse has a rapid downfall.

If a person contuse to abuse opiates, they will form speedy dependencies to the drug as well as rapid tolerance levels, which will cause a person to need to continually increase their dosage of the drug to feel the high that they want.

Opiate addiction and dependency is an epidemic that has continually increased throughout the years. Opiate addiction can be a fatal illness and it typically causes various problems to occur in a person’s life such as, loss of money, loss of jobs, physical ailments to occur and the destruction of important relationships. 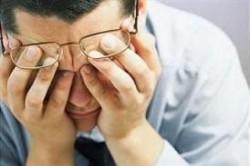 Being dependent on opiates often leads to addiction. Get help now!

Opiate dependency is a painful and life threatening problem. Opiate dependency will cause a person to feel sickly and experience withdrawal symptoms every time their body does not have enough of the drug in it.

Opiate dependency can lead to a person having major health problems and can lead to a person ruining their life. A person who is dependent on opiates will always be under the drug’s influence resulting in their normal behavior and mentality being altered. This can lead to a person losing everything in their life that they care about and not even realizing it at the time. Every time a person uses opiates they are causing their organs more damage and they are increasing their chances of respiratory failure and cardiac arrest. Opiate dependency is a problem that a person should address and get help for as soon as they realize they have become dependent on the drug so that they do not develop a stronger dependency and tolerance to the drug.