What is Opiate Dependence?

Opiate dependence is when a person begins to use an opiate drug frequently and their body becomes used to the drug being in its system, and when a person does have the drug in their system they will feel sick or abnormal.

When a person forms a dependency to opiates they will continually have to have the drug in their body or they will begin to go through withdrawal symptoms. Most people will not tolerate the feeling of the withdrawals and they continue to use the drug even if they want to stop.

However, the more a person uses the drug the more dependent on the drug their body will become. In addition, as person continues to abuse an opiate, the higher their tolerance levels of the drug will be, and this will cause a person to constantly need more of the drug. This can lead to accidental overdose which could be fatal if medical help is not received in time. 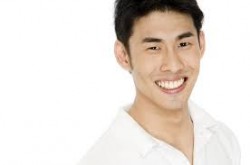 You can overcome a dependence on opiates today!

Opiates are extremely powerful analgesic drugs that negatively affect the lives of millions of Americans every year.

According to Center for Disease Control and Prevention, in 2010, 2 million people tried prescription painkillers illegally for the first time.

Opiates include all drugs that are made from opium, such as heroin, codeine, morphine, and the majority of prescription painkillers; which are known as opioids and are synthetic morphine or codeine.

All opiates are sedative drugs that are highly addictive and easy for a person to form a dependency to. Moreover, all opiates depress a person’s respiratory system and nervous system, and all opiates, that user’s form dependencies to, will result in a person having withdrawal symptoms once they stop using the drug.

If a person has been abusing opiates frequently and has developed a dependency to the drug, when they stop taking the drug they will experience physical withdrawal symptoms. The withdrawal symptoms of opiates can be dangerous for a person to go through alone and a person should seek out medical supervision if they decide to stop using the drug.

The withdrawal symptoms from opiates vary from person to person, but commonly the withdrawals are similar to those of the flu.

In order for a person overcome opiate dependence they will need to go through all of the withdrawal symptoms, as well as receive proper help in learning to live a life free from opiate addiction.