According to the US Department of Health and Human Services, there were approximately 6 million more people incarcerated from 1980 to 2007, and this was mostly due to the amounts of drug addiction and drug related crimes that were committed. Inmates have shown rates of drug abuse and dependence over four times more than the rates of the overall non-incarcerated American population.

Opiates are powerful painkillers and when a person continues to take an opiate drug their body will begin to become used to the drug being in it. When a person’s body becomes used to the drug in it, they will form a dependency to the drug resulting in them feeling sick and them going through withdrawal symptoms every time they do not have enough of the drug in their system. Since a person will need to continually take the drug in order for them not to feel sick they will cause a great deal of harm to their organs and their brain’s chemical makeup. 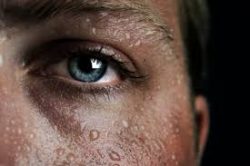 Detoxing from opiates will cause withdrawal symptoms such as sweating and runny nose. These will subside!

Furthermore, a person who is dependent on opiates will begin to build a tolerance to the drug which will cause them to need to take more of the drug in order to receive the effects of the drug.

According to the Pain Research Center, when a person needs to increase their dose of a drug to maintain the drug’s effects of pain relief, they have developed a tolerance to the drug. The first indication that a person has formed a tolerance to a drug is an obvious decrease in the amount of time the drug stops pain from occurring.

When a person decides to stop using opiates they will begin to go through an opiate detox. Opiate detox symptoms will vary in length and strength depending on the person’s longevity of addiction and the amount of drugs they have been taking.

The physical opiate detox symptoms typically last about a week’s time, but the psychological symptoms such as anxiety and strong drug craving can last much longer.