Opiate Effects that Can be Dangerous

According to the National Survey on Drug Use and Health (NSDUH), in 2012 about 669,000 people in the United States were reported to be using heroin in the past year, a staggering number that has been steadily on the rise since 2007. The effects of opiate use can vary and also depend on the method of which they are using the drug. When it is used as a drug of abuse it can leads to a variety of symptoms ranging from something minor such as appearing flushed, dry mouth and periods of nodding off to something more life threatening such as severe respiratory distress or even death. Initially these symptoms can be felt as the drug enters their system and those feelings over time will begin to slowly wear off once the drug starts leaving their system. These effects are felt to be minor and mainly indicative of initial drug use.

What are the physical effects with continued opiate use? 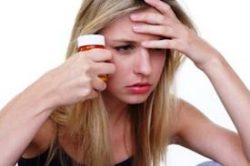 While dependence and addiction are a dangerous effect of the drug abuse, there are other effects. Becoming addicted to this drug can cause some serious issues that will affect an addict’s social life as well. It is troubling for your family and friends to deal with the mood swings or somebody who is just consistently in a mood. It can destroy your finances and family relationships. Of course, repeated drug abusers have a way of finding new, so called friends, those who are also drug abusers, these people are more often than not, criminals and have a way of leading a person to a life of crime that they didn’t plan on. The addict will resort to crime as a method of continued use with no regard to the consequences it holds.