Illegally manufactured fentanyl has become a serious problem in the United States over the past few years. It has especially been one of the causes of fentanyl overdoses, which have risen along with this issue. If you or someone you love has been abusing opioid drugs and needs help, call 800-584-3274 Who Answers? now to find rehab centers that will provide safe, reliable care.

The Increase in Illegally Manufactured Fentanyl

As stated by the Centers for Disease Control and Prevention, “According to data from the National Forensic Laboratory Information System, confiscations, or seizures, of fentanyl increased by nearly 7 times from 2012 to 2014.” This is a serious issue and is likely due to an increase in illegally made fentanyl. When fentanyl is created illicitly, it is not being used only by those who require it and have prescriptions but instead by those who are addicted to opioid drugs. This type of fentanyl being more available to addicts is a serious problem for several reasons. 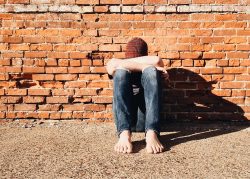 Many users don’t realize how strong fentanyl is, and end up overdosing.

The Increase in Fentanyl Overdoses

Overdose deaths involving non-methadone synthetic opioids have risen considerably in the past few years, according to the CDC. These overdose deaths increased by 80 percent between the years of 2013 and 2014, and in Ohio alone, the number of unintentional overdose deaths related to fentanyl abuse increased 500 percent from 2013 to 2014. This is a serious epidemic, and it is important to understand why it is occurring.

There is a connection between the illicitly manufactured fentanyl and the rise in fentanyl-related overdose deaths. Between the increase in the drug’s availability, the additives present in illicitly produced fentanyl, and the misunderstanding most people have about the intensity of the drug, fentanyl overdoses are increasing as a result of the more heavily available, dangerous drug.

If you have been taking fentanyl and need help putting a stop to your substance abuse, call 800-584-3274 Who Answers? now. Our treatment advisors are always available to help you find rehab programs that will allow you to recover safely and effectively from your substance use disorder and start your life anew.