The Dangers of Fentora Abuse as a Heroin Substitute

Unfortunately, many individuals who are addicted to heroin and cannot obtain more of the drug will often turn to other substances, some of which can be even more dangerous than heroin itself. This is certainly the case when Fentora is used as a heroin substitute. Call 800-584-3274 Who Answers? now if you or someone you care about is struggling with an opioid addiction syndrome and needs professional help.

The Many Dangers of Abusing Fentora

When a person misuses a drug like fentanyl (the main ingredient in Fentora), they are putting themselves at serious risk of overdose as well as other severe side effects. Fentanyl is 50 to 100 times more potent than morphine and 30 to 50 times more potent than heroin (National Institute on Drug Abuse). Therefore, many individuals who abuse drugs like Fentora as a heroin substitute do not realize that they are taking more than they are used to and put themselves in danger of an overdose.

Other dangers of abusing Fentora as a substitute for heroin include 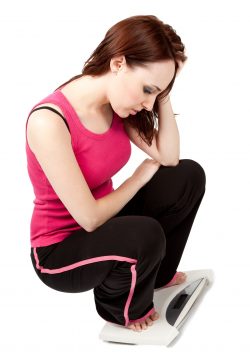 Is Fentora More Dangerous than Heroin?

Fentora and heroin are both very dangerous drugs when misused, and while heroin is considered a Schedule I substance and fentanyl, a Schedule II, the latter drug can actually be more dangerous in some abuse situations. For one thing, as stated previously, fentanyl is more potent than heroin, and people who abuse it and are used to the other drug can often experience a severe overdose. Also, fentanyl’s potency can cause the drug to create a severe addiction syndrome, one that rivals even that of heroin, which is particularly addictive, partly because of the rituals associated with its use.

Both drugs are extremely dangerous and have specific issues associated with their misuse. However, someone who uses heroin regularly and then suddenly takes the drug when laced with fentanyl––or abuses Fentora as a substitute––could suddenly overdose. And that potential side effect makes any type of fentanyl-based drug particularly dangerous.

Call Us to Get Help Now

Opioid abuse is a serious issue that could quickly lead to a dangerous substance use disorder. Call 800-584-3274 Who Answers? for help finding a treatment program that will take your needs (or your loved one’s) into account and allow for a safe, effective recovery.