Heroin Overdose Rates and the Holidays: Why the Time is Now to Get Heroin Addiction Treatment

The holiday season impacts most everyone, bringing out the very best, and sometimes the very worst in people. For people struggling with heroin addiction, the holidays can quickly become a source of tension and stress as friends and loved ones gear up for the festivities.

As the heroin epidemic continues to gain steam, heroin overdose rates have increased accordingly. Much like cocaine, heroin all but takes over brain and body functions in short periods of time.

For these reasons, the risk of heroin overdose runs especially high during the holiday season. Getting needed heroin addiction treatment help may well make the difference between a safe, happy holiday season and days of heartbreak and trauma.

Heroin’s primary effects work to depress or slow down the body’s processes and functions. These changes start inside the brain where heroin’s effects cause the release of massive amounts of endorphin chemicals, according to the University of Maryland.

With long-term use, users reach a point where they’re taking incredibly large doses at a time. At high dosage levels, the drug’s depressant effects can slow bodily functions down to dangerous levels causing the respiratory and/or cardiovascular system to stop working. Heroin overdose results when dosage amount effects overpower the brain and body’s ability to maintain normal functions.

Why the Time is Now 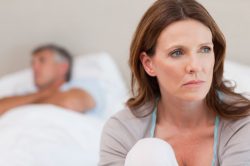 While the addict may seem like the source and root of a family’s dysfunction, more often than not, the way a family communicates and the interrelationships within the family contribute to the addict’s drug using-behaviors in various ways. Be it an enabling spouse or a judgmental sibling, it’s the dysfunctional relationships within the family that likely feed into the addict’s behaviors. During the holidays, these relationship roles tend to intensify and in doing so, create “reasons” for the addict to engage in drug-using behaviors.

Stress can be both good and bad in terms of the effects it has in a person’s life. According to the U. S. National Library of Medicine, both positive and negative experiences can trigger a certain degree of stress, but it’s the actual duration of the stressor that determines whether it has good or bad affects in a person’s life.

The holiday seasons runs for a good two months in duration, which is more than long enough for stress levels to build along the way. If you’ve used heroin for any length of time, you’re well aware of how stress can trigger the urge to use. Over the course of the holiday season, usage frequency and dosage amounts can escalate to dangerous levels.

The brain develops an ongoing tolerance for heroin’s effects, which greatly contributes to the likelihood of heroin overdose with long-term drug use. For someone who’s already addicted to the drug, dosage level amounts stand to increase considerably if he she relies on heroin to cope with the holidays.

Whether a person views the holidays as a happy or sad time of year, frequent heroin use eventually starts to wreak havoc on one’s emotional well-being, according to the National Institute on Drug Abuse. The feelings of sadness and discontent that develop once the drug’s effects wear off become yet another reason to keep using. In effect, the emotional instability that results from heroin plays into the vicious cycle that is heroin addiction. This process further increases the likelihood of heroin overdose.

If you or someone you know struggles with heroin addiction this holiday season, getting needed treatment help now may well be the only thing that stands between you and an overdose episode. If you have any further questions about addiction or need help locating treatment programs in your area, please feel free to call our toll-free helpline at 800-584-3274 Who Answers? .