As one of the most addictive opiates in existence, heroin effects on the brain and body can quickly take over a person’s life without him or her even knowing it. For some people, an addiction to heroin can form as of the first time using the drug. For these reasons, understanding how heroin works can go a long way towards helping you or someone you know avoid the pitfalls of addiction or at the very least, get needed heroin addiction treatment when use of the drug spins out of control.

Like most all opiate drugs, heroin works by disrupting the brain’s natural chemical processes, forcing the release of large amounts of neurotransmitter chemicals with each dose of the drug, according to the University of Maryland. Over time, these effects create widespread chemical imbalance throughout the brain and central nervous system. At this point, the body and mind can no longer function without the drug’s effects.

Loss of Control of Drug Use

The brain’s ability to tolerate heroin’s effects continues to increase, driving users to ingest increasingly larger amounts of the drug. In effect, heroin’s ability to increase neurotransmitter production causes damage to brain cell structures, making them less sensitive to its effects. This need to keep increasing dosage amounts will continue for as long as a person keeps abusing heroin. 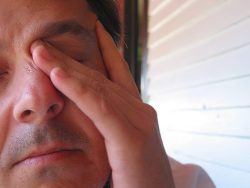 With continued heroin use, the effects of the brain’s chemical imbalance along with its increasing dependence on the drug leave the brain unable to manage bodily processes as normal, according to the National Institute on Drug Abuse. When this happens, users start to experience withdrawal effects on a frequent basis. Withdrawal effects commonly experienced include:

Heroin’s addictive effects stem from its ability to stimulate dopamine production in the brain. Dopamine, a primary neurotransmitter chemical, plays an integral role in regulating the brain’s reward system.

Over time, repeated surges in dopamine levels reconfigure the reward system to the point where changes in a person’s overall psychological makeup start to take shape. At this point, users start to develop problems in all areas of their life but fail to see the connection between heroin use and consequences that come about.

Heroin addiction breeds its own lifestyle over time as a person’s thinking and behaviors become more focused on getting and using the drug. In effect, heroin’s effects on the brain reward system have rewired a person’s psychological makeup, creating a set of priorities, motivations and drives that all center on supporting continued drug use. Ultimately, users have come to the point where they “believe” they can’t cope with daily life without the drug’s effects.

The hold that heroin has over a person’s thinking and behavior can make it incredibly difficult to acknowledge an addiction problem, let alone make changes for the better. Unfortunately, it often takes a near tragedy to make a person see the harmful effects of heroin addiction in his or her life.

If you or someone you know struggles with heroin addiction and have further questions or concerns about addiction’s effects, please feel free to call our toll-free helpline at 800-584-3274 Who Answers? for more information. Our phone counselors can also help you locate heroin addiction treatment programs in your area.