As one of the most addictive opiate drugs on the market, heroin abuse in any form comes with considerable risks. Heroin effects act aggressively, overpowering brain functions and causing widespread damage to the body. If you or someone you love is addicted to heroin, call 800-584-3274 Who Answers? for a free treatment referral.

Perhaps one of the biggest risks associated with this drug comes in the form of heroin overdose, especially for people who use on a regular basis. Like most opiate-based drugs, heroin interacts with the brain’s chemical environment, gradually altering chemical processes. Over time, the cumulative effects of this drug place a person at increasing risk of heroin overdose.

According to the University of Maryland, most all opiates produce effects that slow chemical activities throughout the brain and body. Opiates also have a chemical makeup that easily integrates within the brain’s chemical system. These properties enable opiates to produce psychoactive effects in terms altering the brain’s normal chemical processes. Over time, this ability offsets the natural chemical balance, which can give rise to any number of physical and/or psychological problems. 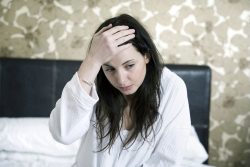 In effect, the stronger the opiate the more damage it can do, so heroin’s effects can essentially warp the brain’s chemical system within a short period of time. With each dose, heroin forces brain cells to secrete large amounts of neurotransmitter chemicals, causing structural damage to cells in the process. These interactions create the conditions for a heroin overdose episode to develop.

The brain’s ability to integrate heroin effects means it can quickly develop a tolerance to the drug over time, according to the National Institute on Drug Abuse. With tolerance level increases, users have to keep increasing amounts ingested in order to experience the drug’s desired effects.

Heroin overdose occurs when the effects of the drug overpower the brain’s ability to regulate the body’s processes. As tolerance level effects play a central role in causing heroin overdose, certain factors can place a person at increasing risk:

Considering heroin’s powerful effects, a person can become addicted to this drug as of the first time using it. Once addiction takes hold, all common sense falls by the wayside as getting and using the drug become the only important thing in a person’s life.

If you suspect you or someone you know may be at risk of heroin overdose and need help finding treatment that meets your needs, please don’t hesitate to call our toll-free helpline at 800-584-3274 Who Answers? to speak with one of our addiction specialists.