Hydrocodone is a dangerous prescription medication that is commonly prescribed to patients for the treatment of moderate to severe pain. Taken under direct supervision of a doctor, for a short period of time, this drug is generally considered safe, but when it is abused or taken for a prolonged period of time, hydrocodone can cause addiction. Often times, people use an array of street names for hydrocodone allowing them to discuss the drug openly around others without anyone even realizing it.

According to the DEA, “there are numerous brand and generic hydrocodone produces marketed in the United States.” Many of the brand names make up the basis for the street names for hydrocodone and the terminology that is used to discuss this drug on the streets. The following list is just a sample of the widely used hydrocodone street names that are prevalent between users: 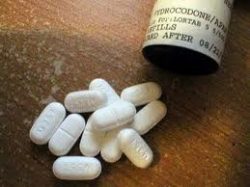 Hydrocodone is often referred to as simply ‘hydro’ along with other slang names.

Many other names can be used to describe the high that is produced by these drugs or to describe other means of the way that the drugs are used. Generally speaking, hydrocodone is referred to as hydro, norco, vics, perks or tabs. These are the shortened versions of the various brand names that hydrocodone can be marketed under which include: