Hydromorphone is actually stronger than morphine, which raises its abuse potential and makes it slightly more dangerous. Call 800-584-3274 Who Answers? now if you or someone you love has been struggling with a hydromorphone use disorder and needs professional help.

Hydromorphone Use and Abuse

Hydromorphone is considered one of the stronger opioid drugs available for prescription as a pain relief medication. It is a Schedule II drug, which means it should only be used by those to whom a doctor has prescribed it and that doctors writing prescriptions for it must be mindful of their patients and help them to avoid misuse. Unfortunately, though, hydromorphone is abused and diverted to the black market just like every other opioid.

Hydromorphone vs. Morphine: Which Is Stronger? 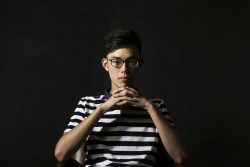 Hydromorphone is stronger than morphine, making it even more dangerous to abuse.

Hydromorphone is actually stronger than morphine. The former drug is a semi-synthetic substance that was created to have a higher potency than morphine, which is a natural opioid that comes from inside the poppy plant. Still, the relative strength of hydromorphone does not mean it is much more dangerous than any other opioid in an abuse situation, as all opioid drugs can potentially be abused and cause addiction.

According to a study in the medical journal Drug and Alcohol Dependence, the abuse liability of hydromorphone, oxycodone, and hydrocodone are all about the same, even though the former most drug is the strongest and most potent. And the Drug Enforcement Administration has stated that the dependence and abuse liabilities of hydromorphone is about the same as any other Schedule II opioid, which includes morphine.

What Does This Mean?

Essentially, although hydromorphone is a stronger drug than morphine, the abuse of either type of opioid could quickly lead to addiction and should be considered equally as dangerous. There are several reasons for this:

Therefore, you should always be vigilant when using opioids and should understand that, even when one is stronger than the other, addiction can still occur.

Let Us Help You Put an End to Your Substance Abuse

Call 800-584-3274 Who Answers? now to find help for your substance use disorder and to begin your recovery from addiction in a professional rehab center.