5 Benefits of Getting Methadone Treatment

If you are dependent on opioid drugs such as heroin, or you know someone who is, you have likely heard of the use of legally-prescribed methadone as a care treatment. As it becomes widely used, it’s necessary to explain its potential effectiveness in order to raise awareness and help more people. The following benefits can result from getting methadone treatment:

A top benefit of taking methadone as opposed to other opioids is that it lowers criminal behaviors. Where you would otherwise seek illegal deals to get a hit of heroin or another opioid variety to satisfy a craving, now you can get methadone legally prescribed by a doctor and dispensed by a pharmacist. Methadone will satisfy the craving, without involving crime-related activities to get it, which lowers both frequency of illegal behaviors and risks of going to jail.

In addition, treatment by methadone reduces the dangers of getting HIV or hepatitis C. The prescribed drug is taken orally, which means you don’t inject it with a needle into your body. Injection of opioids, in particular heroin, can involve sharing needles and using unsterile needles, which increases your chances of contracting viruses such as HIV and hepatitis. When you don’t use needles at all, you lower these risks considerably.

When in a methadone program, users often find that they will not get a high if they use another opioid at the same time. That is because methadone blocks the euphoric state of other opioids; so if you take a hit of heroin, for example, you won’t feel the euphoric state that you once did. As a result, you may stop taking drugs other than methadone because they aren’t getting the benefits they once associated with them.

Manufacturing and Price Benefits of Methadone 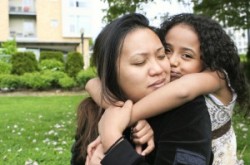 Methadone enables you to be there for yourself and your loved ones.

The use of methadone as a treatment also has the benefit of providing you with the security of knowing exactly what you are putting into your body. The legal production of the substance is under very strict guidelines. It is not cut with another drug and contains only the pure drug. You always know what you get, and that prevents health-related risks associated with putting unknown substances into your body.

In addition, methadone is cheaper to buy than many other opioids. It won’t break your budget yet it will fulfill cravings you’ve built up over time from taking other drugs. You can drastically reduce your spending amount while also knowing you’re not risking going to jail by using illegal substances.

As the benefits of methadone treatment become more widely discussed amongst the public, even more people are sure to begin taking the legal substance. Benefits include that the drug reduces your risks of getting HIV from sharing needles, lowers the incidence of criminal behavior and has strict manufacturing policies. If you want to stop using another type of opioid drug and don’t know where to turn, the long-term treatment of methadone may be a good option for you.