Methadone is a full mu-opioid receptor agonist that has a slow onset of action when taken orally and is, typically used in opioid treatment programs (OTPs) as a detox or maintenance therapy for those who are addicted to other opioids. Methadone has a long elimination half-life (24 – 36 hours) that makes it useful in reducing the withdrawals, cravings, dependence and other consequences associated with the abuse of short-acting drugs like heroin and morphine, but, also serves a beneficial purpose in the treatment of chronic and severe pain.

Getting off of methadone is easiest when the doses are gradually reduced under the careful supervision of a qualified physician or OTP clinician, but, for many, this may be easier said than done. The methadone withdrawal time frame will vary according to the methods used, the amount of methadone built up in the person’s system at the time the withdrawal starts, and a range of physiological, psychological, and other influential factors such as having a supportive environment. 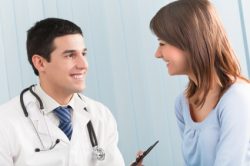 A treatment professional can help ensure you safely detox from methadone.

When methadone is used in OTP treatments, it helps to normalize brain systems that have gone awry from illicit opioid abuse and is combined with other comprehensive care measures to reduce the medical, psychiatric, and social consequences that commonly plague these individuals and play a major role in their ability to remain abstinent. When a person enters a methadone detox program, the options to transfer into methadone maintenance program should remain open, but, once the decision to terminate is made, according to the National Institute for Health and Care Excellence, “For methadone the most rapid regimes last 7–21 days, while ‘slow tapering’ regimens can last up to 6 months or longer.”

Methadone detox or dose tapering for some, is controversial due to the high relapse potentials, so methadone treatments are advocated for longer terms while the person gains physical and mental health stability with self-sufficiency that takes considerable efforts and time. According to the SAMHSA, “For various reasons, some patients attempt reduction or cessation of maintenance medication. Some studies indicate high relapse rates, often 80 percent or more, for this group, including patients judged to be rehabilitated before tapering.” It is important for an individual attempting methadone withdrawal to know these things, beforehand, to prevent complications that could be dangerous, including overdose, should they resume any opioid use.

Methadone is metabolized in the liver and remains stored in bodily tissues anywhere from three to five days, slowly being released in the blood, and eliminated through urine and bodily wastes according to various biological factors such as metabolism rates, age, compromised health, other medications or substances in the body, food and fluid intakes, and etc. People with liver and other diseases may be affected differently as their metabolism rates can be much slower. Although methadone has not been known to cause toxicity the way other drugs do, many opioid addicts have impairments in their health conditions and are poly-substance abusers.

As a central nervous system depressant that alters brain functioning and reward circuits, drastic dose reductions and sudden cessation of methadone use can increase the severity and life-threatening risks as nervous systems try to counter-act the withdrawal effects lacking their normal abilities to do so.

According to the University of Texas Medical School at Houston, “There is some evidence that higher doses of methadone are associated with more severe withdrawal symptoms during detoxification.” Methadone is intended to be taken on a daily basis and like other opioids, people develop a tolerance to the drug that requires higher doses to elicit the desired effects.

Having a safe and encouraging environment helps to speed up the process of methadone withdrawals, especially the psychological and emotional withdrawals. Comfort, rest, proper nutrition, fluids, and medical or psychiatric interventions with counseling and support from friends and family can help.

The methadone withdrawal time frame usually begins around 24 hours after the last dose. According to the World Health Organization, “Untreated withdrawal from methadone or other long-acting opiates typically reaches its peak at 4–6 days, and symptoms do not substantially subside for 10–12 days.”

People begin to feel the distress of:

These symptoms progress in intensity as the methadone begins to leave the body and depending on how fast that elimination goes, how long you have been using methadone, your normal dosage, and your overall health, they will get worse over the few days.

By this point, the methadone withdrawal time frame begins to reach its peak and the increased severity can cause or exacerbate other symptoms (including life-threatening ones). The person may experience:

Psychological withdrawal symptoms become more pronounced as time goes on and these are generally, the most difficult to overcome lasting long after the physical symptoms subside.

Appetite, clarity of mind, and physical functioning abilities begin to come back. However, psychological withdrawal symptoms become more pronounced as time goes on and these are generally, the most difficult to overcome lasting long after the physical symptoms subside. Cravings, emotional disturbances, insomnia, and conditioned cues can be influential in motivating the person to relapse for months to come.