What is the Opioid Withdrawal Protocol?

The opioid withdrawal protocol is the procedure that clinicians follow in order to treat those going through opioid withdrawal symptoms. This protocol is necessary for the treatment of anyone who has become physically dependent on these drugs and often contains a combination of medication, exams and tests, and therapy. The protocol is usually adjusted for different patients in order to fit their specific needs.

What Does the Protocol for Opioid Withdrawal Consist Of?

However, the way medications, tests, and therapy are administered to patients often differs based on the treatment used and the patient’s needs.

Different medications are often used to treat opioid withdrawal. Clonidine is most commonly administered for this condition, but buprenorphine and methadone are also used to treat the withdrawal syndrome as well. There are different protocols associated with each drug, according to SAMHSA. 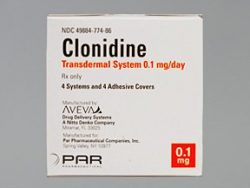 Clonidine is frequently used for the treatment of opioid withdrawal.

In the cases of certain individuals, these protocols may change. However, SAMHSA states that it is very important for patients undergoing opioid withdrawal to receive a pharmacological treatment of some kind. “Management of withdrawal without medications can produce needless suffering in a population that tends to have limited tolerance for physical pain” (SAMHSA 1).

Therapy and Other Treatment Protocols

Treatment is, for the most part, based on the needs of the individual and while there is a ceiling involved in the administration of medication, protocol can be shifted somewhat to meet the needs of that individual. For example, certain patients fare better with therapy sessions that start during their withdrawal. Others are not able to concentrate (as a result of their severe symptoms) and may need to start therapy sometime later.

The need for several of the tests mentioned above is based on the intensity of the individual’s condition and the clinician’s concern that they may have additional medical problems that require other treatments.

Opioid withdrawal protocol can shift in many ways depending on the individual patient. In general, the guidelines for treatment of this condition are similar for all individuals, and only small changes might be made for each patient. Still, any changes in opioid withdrawal protocol are usually based on the perimeters of medication treatment and the severity of the patient’s condition.