According to the National Institute on Drug Abuse in 2010, an estimated 7 million people were using psychotherapeutic drugs, all of which were taken illegally. These statistics, while staggering, account for about 2.7 percent of the population of the United States.

Opiates are a very strong, addictive quality drug, which is derived from the seedpod a poppy plant and has been used as an analgesic to relieve pain dating back to the Greek gods. Clearly this drug is a narcotic but it also has two forms, it can be a natural or a synthetic drug. Unfortunately this drug, although it can be taken legally, has become one of the most commonly abused drugs worldwide. An opiate works as a depressant and will slow down a person’s central nervous system and the processes associated with the entire central nervous system. The long term continued use of opiates can have damaging effects on almost every part of a person’s body. This opiates list shows all of the different kinds of opiates. 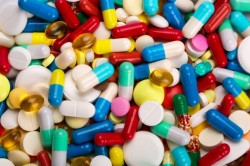 Many painkilling medications are opiates.

Opioids are the man made or synthetic form of opiates. These substances are like opiates however they do not fall under the “natural” category. They are not directly taken from the poppy plant and used in its natural form as compared to an opiate. Similar in nature to the opiate, these drugs are also used as an analgesic and are highly addictive. When we look into synthetic opiates we can break them down into two categories: synthetic and semisynthetic drugs.

Semisynthetic opiates are generally mixed with small quantities of natural alkaloids, which makes them qualify as part of the opiate family.

All prescription opiates are effective in their treatment of pain; with any type of opiate, especially abuse, there is always a risk of addiction.