Opioids and the Potential for Recovery

There has been a strong correlation between opioid painkiller addictions and heroin use with several states reporting unprecedented rises in opioid overdoses, deaths, and treatment admissions involving these types of drugs.  According to the National Association of State Alcohol and Drug Abuse Directors, “Admissions to treatment for opioid pain relievers increased by 500% from 2000-2012” and those who abused opioid painkillers were 19 times more likely to initiate heroin use than those who did not.

The problem is real and it affects millions of Americans who have unsuccessfully tried to quit using opioids on their own, perhaps many times over.  Recovery is possible and extends from the hope that things can change, but, without the right type of help, setting, and support, addicts and their loved ones will go on suffering. 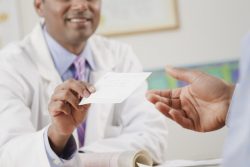 There have been recent attempts do decrease the ease of access to prescription pain pills.

Opioids are prescribed to relieve pain and counted as essential medications for these purposes.  They have a special propensity to produce a sense of calming by blocking pain and other nerve signals between the brain, spinal cord, and body.  Taking opioids prescribed by the doctor can lead to dependency if the drugs are taken long enough or frequently.  In March, the CDC issued a new and formal guideline for the prescribing practices of opioid prescription painkillers which have fueled the epidemic rises in opioid abuse, addictions, overdoses, and deaths.

Relative to the risks of opioid abuse or dependence is the selling of prescriptions to buy other drugs, forging prescriptions, obtaining them over the internet or through illegal sources, and abusing them via alternative routes of administration such as smoking, snorting, or injection.  Over the past few years, opioid painkillers have been the second most initiated illicit drug of abuse behind marijuana and most people get them from friends or family for free if they have no prescription of their own.

Dopamine plays a critical role in reinforcing addiction behaviors and increasing the negativity that opioid users typically experience.  At the same time, these effects are combined with the suppression of neurons that produce norepinephrine or noradrenaline, another key neurotransmitter that keeps us feeling normal by heightening nervous system activities.

At high enough doses, opioids produce euphoria by raising dopamine levels; the key neurotransmitters that help us experience pleasure and the effect that nearly every opioid addict looks for, but, finds harder to achieve as their tolerance grows and usage elevates.  As the brain continuously seeks a state of equilibrium it adjusts to override opioid induced dopamine excesses and eventually, its natural dopamine producing capabilities become diminished.  Without the artificial increases of dopamine through opioid consumptions, the person has a difficult time feeling normal, let alone enjoying almost anything other than their next “high”.

In order to regain equilibrium over the numbness of opioid intoxication, norepinephrine distributions adjust through over-activity which also takes a long time to re-balance and recover from.  Abnormal increases in norepinephrine result in the anxiety, restlessness, panic, irritability, fear, increased heart rate and respiration, pain, abdominal discomfort, and other bodily distresses experienced in withdrawals and contribute, largely, to the inability to deal with stressors in recovery, often leading to relapse.

Are Opiate Effects Taking Over My Life? Signs to Watch Out For

The Importance of Finding Help

Opioid addicts suffer abnormally higher consequences and vulnerabilities to risks than most other drug abusers. Relapse, overdose, destroyed relationships, homelessness, unemployment, communicable diseases and infections from needle use and sharing, crime, and death can become ordinary events that the addict comes to expect as a part of their daily life with other opioid users.  According to the Washton Institute, “Although abstinence is essential to relapse prevention, it is not the only issue. Recovery can be achieved only when patients change their attitudes and behaviors that led to and/or were associated with drug use.”

Most addicts would never recover without supportive services combined with behavioral therapies and medications for detox.  This year, will mark some extensive efforts to draw attention to the advancement in needs, availability, and affordability of effective opioid addiction treatments in combination with resources to back-up crucial aspects of opioid addiction recovery. According to a press release from whitehouse.gov, the President’s FY2017 Budget calls for $1 billion in mandatory funding to, “boost efforts to help individuals with an opioid use disorder seek treatment, successfully complete treatment, and sustain recovery.”

For more information about opioid abuse and treatment options, call 800-584-3274 Who Answers? today.