Signs of Opiate Overdose You Need to Know

Maybe people believe that prescription opioids are not dangerous because they are used by doctors to treat medical issues. On the contrary, these drugs can be just as harmful as their illegal counterparts when abused, and anyone who takes too much runs the risk of an overdose. According to the Drug Enforcement Administration, “Overdoses of narcotics are not uncommon and can be fatal” so make sure you can recognize the signs of an opiate overdose, especially if you or someone you know uses or abuses these substances frequently.

As stated by the National Library of Medicine, there are two different types of overdoses. “If you take too much of something on purpose, it is called an intentional or deliberate overdose. If the overdose happens by mistake, it is called an accidental overdose.” Either way, when an individual takes too much of an opioid drug, it can lead to an overdose which can prove fatal.

Sometimes, overdoses are completely inadvertent, which is why you should be extremely careful with your medication if you have been prescribed opioids. However, if someone you love has shown signs of depression or suicidal tendencies and has access to opioids, it is important to watch them and make sure nothing happens. These feelings or actions can be a sign of an impending overdose, which may help you prevent an issue before it occurs. 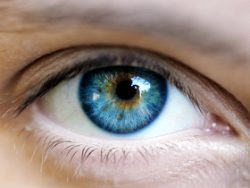 According to the Center for Disease Control, “In 2007, [prescription] opioids were involved in more overdose deaths than heroin and cocaine combined.” Due to the high number of deaths caused by this condition, it is important for every individual to be aware of the signs of opioid overdose.

What Should I Do?

If you notice these signs in yourself or someone else, call 911 immediately and follow the instructions of the operator. The best chance you have is to get to the hospital as soon as possible so you can be given the antidote for an opioid overdose. According to the Massachusetts Department of Public Health, “Naloxone blocks the opioids and restores normal breathing” when it is injected. If you or someone you know is a frequent abuser of opioids, it is a good idea to keep a portable naloxone injection device in your home or on you at all times in order to treat symptoms of a possible overdose more quickly.

It is still important to go to the hospital and get checked out. Because opioids cause deadly overdose symptoms, you should never avoid a trip to the hospital. Sometimes, a naloxone auto-injection device will only buy you time, and you may begin to experience symptoms of overdose again a few minutes after using it. Therefore, it is always important to visit the hospital in the event of an overdose.

If you do not have much time, remember some of the strongest signs of opioid overdose are pinpoint pupils, blue skin, lips, and nails, respiratory problems, and drowsiness. If you notice these issues in yourself or someone else, seek treatment immediately for an opioid overdose to avoid any harmful consequences.