As a narcotic analgesic, an opiate is a drug used to depress the central nervous system. While there are many known opioids, the one that is most commonly abused throughout the world is heroin.

Many people begin to take an opiate due to the way it makes them feel. However, what they often overlook is that it can have a negative impact on their mind and body, quickly leaving them addicted to the drug.

One of the biggest fears of opiate abuse, such as heroin, is an addiction. Over time, the more this type of drug is used, the more tolerant you will become. As a result, it takes a higher dose in order to achieve the intended effect. Subsequently, the chance of an overdose or serious side effects is much greater. 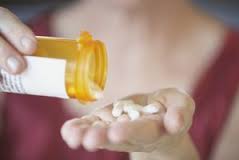 Tolerance means having to take more of the medication than previously in order to feel the same effects.

Due to the fact that most people build up a tolerance after extended use, withdrawal can be painful. In the case of heroin, it can often times be deadly.

Heroin, among other opiates, is both physically and psychologically addictive. For this reason, when you attempt to cut it out of your life, especially after you have built up your tolerance, the withdrawal symptoms can appear within several hours. Within one to two days, these symptoms can reach their peak. During withdrawal, you can expect some of the following effects:

Many of those who are interested in experimenting with opiates or already going down this path look into ways to prevent tolerance. While there are ideas of how this can be done, such as by taking DXM, most people find that nothing is effective.

The more you abuse an opiate the better chance there is that your tolerance will increase. When this happens and you begin to take more of the drug, your tolerance will continue to grow, feeding your addiction and making it more difficult to eventually wean yourself from the substance.

Tolerance Can be Overcome

If opiate tolerance has become a problem, it can be overcome by taking the right approach. As noted above, withdrawal symptoms can be serious, so quitting an opiate, such as heroin, cold turkey can be extremely difficult. It is best to check into a rehab facility with medical professionals that can supervise the withdrawal process, allowing you to make it through detoxification as comfortable as possible.

The best way to prevent opiate tolerance is to never start using the drug in the first place.