Doctors are not quite sure what to make at this time when it comes to opiate tolerance and the perceived dependence that develops from extensive opiate use.  As healthcare and treatment professionals continue to develop greater understandings of opiate abuse and the subsequent tolerance that develops from sustained opiate use, additional theories are being developed regarding the methods by which patients undergo complex interactions when provided opiates for the treatment of pain as well as when these drugs are used as a result of physical dependence.

In order for healthcare professionals to determine the extent to which opiate tolerance has increased in a patient, various elements must be considered.  Escalating pain or anxiety could be a sign that opiate tolerance has increased and that the patient is no longer responding appropriately to the medication being provided.  Additionally, measures are being developed to determine the development or potential for development of opiate tolerance when stable doses of the drug are taken for weeks or months at a time without escalation or reduction of the drug.

Scientists have observed various details pertaining to sustained opiate use including information about the patterns of use, the risk of tolerance and the subsequent physical dependence which is likely to occur.  For some, opiate tolerance does not actually increase over time the way is to be expected and in fact, some patients find that they are opiate intolerant.  This phenomenon is still being studied by healthcare professionals, treatment staff and scientists to determine exactly what it is that makes some tolerant to opiates and others not so much. 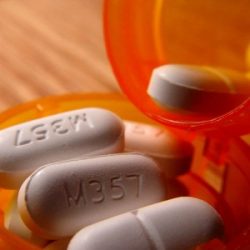 There are various ways that doctors are working to manage opiate tolerance in patients who have legitimate pain and require the analgesic effects of opiates in order to feel comfortable or to have pain relief.  When opiate tolerance develops prior to the tolerance to other side effects of the drug such as the nausea or vomiting that is likely when a patient is first prescribed opiates, the result is an inability to provide adequate analgesic effects without providing too much of the drug.  Because this level of tolerance is different in each individual, doctors have a need to determine the level of medication that works best on a case-by-case basis.

The primary concern when it comes to opiate tolerance is the perceived need to take more and more of the drug in order to produce a similar high to that which was produced with early use of the drug.  Unfortunately, anytime an addict uses more of a drug there is an increased risk of overdose or other health complications occurring.  Opiate tolerance in addicts can also lead to an increased risk of overdose in those who choose to get help and attempt to quit using opiates.

Addicts in recovery are at the greatest risk of suffering from extreme dangers as a result of their developed opiate tolerance.  Individuals who grow accustomed to taking a particular amount of an opiate may not immediately realize that even a few days of sobriety will reduce this tolerance significantly.  After a few weeks, users are likely to need a significantly smaller dose of the drug in order to produce a euphoric high.

Individuals who get proper treatment for opiate addiction and remain sober for a period of a couple of weeks or more are at extreme risk of overdose if they relapse.  As quickly as opiate tolerance builds, the same tolerance is reduced with abstinence.  An individual who believes that he or she can take a specific dose that may have been adequate prior to treatment, will often find that this dose is far too much after staying sober for a sustained period of time. The result is overdose which can be deadly.