Anyone who takes opioid drugs for a prolonged amount of time will experience a level of tolerance. Whether the individual is abusing the drug or taking it as directed by a doctor, eventually, the same dosage will no longer cause the same effects. While this is normal, there are dangers to be considered with a growing opioid tolerance, and a person who takes these drugs should understand the inherent issues associated with it.

Opioid Tolerance and the Brain

According to the NIDA, the building tolerance that a person experiences as they continue to use opioid drugs signifies a change in the brain. “For example, when [a drug like] morphine binds to opiate receptors, it triggers the inhibition of an enzyme (adenylate cyclase) that orchestrates several chemicals in the cell to maintain the firing of impulses. After repeated activation of the opiate receptor… the enzyme adapts so that the [drug] can no longer cause changes in cell firing.” 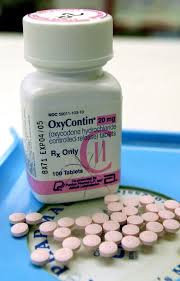 Opioid tolerance causes the brain to adapt, leading to a lessening effect in drugs such as Oxycontin.

This causes the brain to adapt to the use of opioids, and the individual will experience a lessening effect from their opioid medication. This is not only problematic in itself, it can often lead to dangerous behaviors in many individuals.

Someone who isn’t already abusing an opioid drug may begin to consider it when they experience tolerance. Because the individual cannot feel the same effects, they may make excuses to take more of the drug, telling themselves they need it or that they have to counteract the tolerance. In many cases, those who start abusing opioids for this reason do not even realize they are doing it; they simply believe they are correcting an issue that only a doctor can safely solve.

Tolerance to opioids produces many other dangers as well. For example, it is one of the stepping stones toward addiction if an individual is abusing the drug. Also a person may spend all of their money on obtaining higher doses of the drug. Those who abuse heroin often spend more money every day attempting to stay ahead of their tolerances and avoid withdrawal. This could lead to financial issues before very long.

Opioid tolerance can also more easily lead to overdose as the user is attempting to feel the drug’s effects by taking higher and higher doses. It is also a dangerous issue for those who leave detox and relapse. These individuals often do not realize their tolerances have lessened considerably during this time. According to the NLM, “Because withdrawal reduces the person’s tolerance to the drug, those who have just gone through withdrawal can overdose on a much smaller dose than they used to take” in the event of a relapse.

Opioid tolerance does have its dangers, especially for those who abuse these substances. However, it is a common reaction to any type of opioid use.