The fear of going through opiate withdrawal is the number one reason why addicts avoid getting needed treatment help. Granted, the withdrawal period can be excruciating; however, methods of dealing with opiate withdrawal can greatly reduce the discomfort experienced. Opiate withdrawal methods offer a range of different approaches for making it through this most difficult stage of the recovery process.

Dealing with opiate withdrawal can be difficult, especially for people with long histories of opiate abuse. According to Bryn Mawr College, opiate effects diminish the brain’s ability to manage the body’s functions so long-term drug users will likely experience the worst of withdrawal effects. 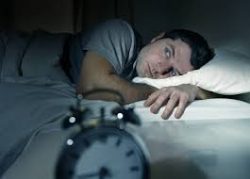 With the most severe of symptoms occurring early on, methods of dealing with opiate withdrawal can vary depending on the stage of withdrawal.

Going “cold turkey” can be the most difficult method of detoxing, though it can be done. This method entails facing withdrawal symptoms head-on with no medicinal or treatment supports. People coming off mild to moderate addiction problems stand the best chance of dealing with opiate withdrawal using this approach.

For chronic and long-term drug users, the damage done to brain chemical functions makes it all but impossible for addicts to make it through the withdrawal stage without some form of physical support. Medication therapies, such as methadone, LAMM and buprenorphine, support damaged brain functions, which in turn helps reduce withdrawal and drug cravings effects throughout the withdrawal period.

Opiate addictions, in general, carry a high relapse rate. The second and third stages of withdrawal in particular come with a high potential for relapse due to the severe depression that sets in.

For these reasons, detox treatment programs offer addicts the best chance of dealing with opiate withdrawal and making it through this difficult period. These programs provide much needed guidance as well as medical treatment and emotional supports.

Half the battle in dealing with opiate withdrawal lies in the psychological mindset that addiction breeds. Psychotherapy offers addicts a means for working through the underlying issues and emotions that drive drug-using behaviors.

Support groups offer a time-tested approach for dealing with opiate withdrawal. Support groups emphasize the importance of helping one another and reaching out for help when the urge to use seems overwhelming. Twelve-Step groups in particular also incorporate a type of self-help plan for working through addiction issues.