Does Opiate Withdrawal Cause RLS?

RLS, a common side effect of opiate withdrawal, is a condition that causes the legs to become very restful during sleep and can lead to insomnia, interruptions in sleep or periods of intense anxiety. People who have symptoms of restless leg syndrome or RLS often report feeling:

Studies show that symptoms of RLS are most prominent when the individual is resting. According to the University of Maryland Medical Center, RLS symptoms will often arise during the night when an individual is attempting to sleep, but they may also arise during the day if there has been a long period of relaxation or sitting. Symptoms occur as a result of damaged nerve signals that send incorrect messages to the legs. Unfortunately, little evidence suggests the exact causes of RLS so understanding why so many people who are addicted to opiates report RLS as a side effect of withdrawal is difficult. 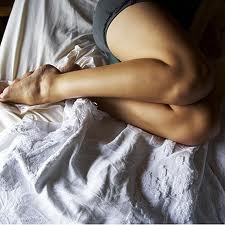 RLS is a potential withdrawal symptom from opiate addiction.

Opiate withdrawal leaves the individual in a state of fatigue and misery without the symptoms or side effects of RLS. When such symptoms are added to the mix, the risk for relapse is greatly increased. As such, patients who are undergoing a period of opiate withdrawal can take some steps toward preventing RLS during this already difficult time. Pay close attention to the following triggers which may exacerbate RLS symptoms and do your best to avoid them:

If you are experiencing RLS during opiate withdrawal, the symptoms will likely dissipate when your body returns to normal. Most of the time, medical treatment is not necessary for patients who experience RLS as a side effect of opiate withdrawal, but if the symptoms are interfering with your normal routines or ability to remain abstinent, consider seeking treatment. Your treatment provider may offer you a medication to help relax and reduce the symptoms. Such medications include: