How the Opiate Withdrawal Stages Work

Stage One: The Most Difficult Stage

Many individuals feel that the first stage of opiate withdrawal is the most difficult to get through. According to the NLM, withdrawal can begin anywhere from “12 hours of last heroin usage and within 30 of last methadone exposure.” This is the time where the body is feeling the loss of the drug most intensely and where your reactions will be the strongest.

For the most part, individuals going through withdrawal from opiates are dealing with the pain which they will feel in their muscles, bones, and joints. Opiates cause a person’s tolerance for pain to become much higher, as they are unable to feel the effects of pain as strongly. When that person stops abusing these drugs (or even just taking them after a long period of time), they will likely experience an increased amount of pain as a result, even if they were not taking the drug for pain in the first place.

The initial stage also makes most individuals feel as if they have a bad case of the flu. Insomnia, runny nose, profuse sweating, and tearing of the eyes are all very common during this phase. This is why many individuals who are given opiates in the hospital “think they have the flu” after they stop taking the drugs. “Because they don’t know that opiates would fix the problem, they do not crave the drug.” However, for someone who is addicted to opiates, they crave the drug intensely during this stage. 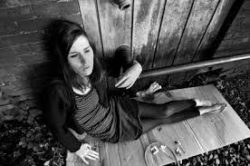 The beginning part of opiate withdrawal is always the most painful.

Other early symptoms of opiate withdrawal include:

This stage usually lasts for a day or two but is the most uncomfortable and usually painful part of the process.

Stage two is also difficult and will entail lots of discomfort for the individual as well. This stage usually sees individuals dealing with intense cravings and depression as a result of the stopped opiate use, especially if they are addicted to the drug. During this time, it is especially important that the person not be alone as the depression can become intense. Cravings can also be strong as well and relapse can occur, so make sure that you are not alone any more than you have to be during any of your opiate withdrawal stages.

People will often be able to eat more during the second stage of withdrawal, though diarrhea and vomiting can continue into this stage as well. It can be very uncomfortable for the individual and being at school or work can be extra difficult. If you can, take time off from your responsibilities as if you truly had the flu. People will understand that you need time to rest and recuperate, and it will be difficult for you to do much in the state you’re in during withdrawal.

This stage can often feel very exhausting as the first stage is so uncomfortable that it takes away the energy from many individuals. Make sure to get plenty of rest and to continually drink fluids so that the dehydration that is often caused by sweating, vomiting, and diarrhea does not take hold.

Dilated pupils are also common during this point and, even though they are not one of the uncomfortable or painful symptoms, they do have a direct cause. When a person is intoxicated from taking opiates, their pupils normally become very small. In fact, one of the ways that doctors can tell that someone has overdosed on opiates is by checking for pinpoint pupils, or pupils that are so small, they look like the head of a pin.

Other withdrawal symptoms associated with stage two are:

The second stage of withdrawal can last between one and three days, sometimes longer depending on if the opiate itself was long lasting. According to Harvard Medical School, “Short-acting opiates tend to produce more intense but briefer symptoms” while longer acting opiates can cause withdrawal symptoms to go on longer than the normal week. This can be unfavorable, but the symptoms are sometimes less severe as a result.

Stage three is normally where people feel that they are finished with their withdrawal, but that is not always the case. Just because you stop vomiting and experiencing diarrhea does not mean that you are completely over your opiate withdrawal. You should still take it easy for another day or two, even longer in some cases, making sure that your body has all the time it needs to heal. You should still get plenty of rest, eat right, drink lots of water, and maybe attempt light exercise as a way of testing what your body is capable of without going straight back to your full routine.

According to SAMHSA, “Medical complications associated with opioid withdrawal can develop and should be quickly identified and treated. Unlike alcohol and sedative withdrawal, uncomplicated opioid withdrawal is not life-threatening.” This is important to remember and it is also the reason why many individuals go through withdrawal from opiates at home instead of in a clinic. Medical complications, though, are usually noticed in the beginning stage and therefore can and should be taken care of quickly.

The opiate withdrawal stages work by becoming gradually less intense and painful and allowing the body to heal by experiencing the issues that have been caused by opiate dependence. Knowing what’s in store for opiate withdrawal will absolutely make it easier for you to deal with and the aspects of each of its stages less of a surprise.