According to the U.S. National Library of Medicine, opiate withdrawal refers to a wide range of symptoms that occur when a user abruptly stops using opiates or gradually reduces opiate use after heavy or prolonged use of the drugs.  When opiate withdrawal begins, the best way for a user to stay sober and prevent relapse is to seek professional opiate withdrawal treatment.  There are a number of treatment options available to assist those who are suffering from opiate withdrawal in overcoming their discomforts and the challenges of withdrawal without relapsing. 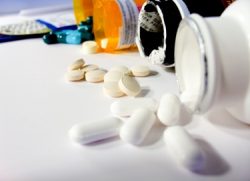 Opiate withdrawal treatment can help you overcome your addiction.

Clonidine also works to reduce anxiety and agitation that is quite common in opiate withdrawal.  Keeping the recovering addict calm can work to relieve many of the other physical ailments associated with opiate withdrawal too such as muscle tension, aches and pains.  Many opiate withdrawal treatment facilities will provide clonidine during the first few days of treatment but it’s important to note that this medication should not be used consecutively for more than about 3 or 4 days as the effects of the medication could be switched if the drug is used for more than a few days.  What this means is that, by taking Clonidine for more than a few days, the user is at risk of the Clonidine actually causing more harm than good as it’s effects could turn around and produce an opposite effect on the user.

Also called Subutux, Buprenorphine is a medication that is widely used in opiate withdrawal treatment for reduction of symptoms.  This drug is used similar to methadone as a maintenance medication and can be provided for a long period of time without serious risks of major side effects.  Subutex has been shown to work more effectively when paired with other medications and when used correctly it has the ability to dramatically reduce the symptoms of opiate withdrawal while also reducing the amount of total time that it takes to effectively detox and overcome physical opiate dependence.

A combined dose of buprenorphine and naloxone, Suboxone is a widely used method of treatment for opiate withdrawal that works to prevent the user from feeling the effects of opiates while also reducing cravings.  This method of treatment requires the user to have first entered the early stages of opiate withdrawal before he or she can be given Suboxone.  Upon taking the medication, the symptoms of withdrawal are suppressed and any underlying cravings for opiates such as heroin or prescription painkillers are also reduced or eliminated all together.