Recognizing Post-Acute Withdrawals for What They Really Are

Post-acute withdrawals are a leading cause of relapse in the first 3 to 6 months after achieving abstinence and can last for a year or longer with more severe dependencies.  According to the NIDA,” Chronic exposure to drugs of abuse disrupts the way critical brain structures interact to control and inhibit behaviors related to drug use.”

Millions of people will find themselves trying to deal with internal and external stressors that they were used to avoiding while being able to use drugs and should they relapse, much worse off with feelings of inadequacies, discouragement, or shame after giving their best shot at trying to stay sober.

What Are Post-Acute Withdrawals?

Withdrawals are the combined miserable states of physical, psychological, and emotional stressors that erupt when the substances are removed.  According to the research study by the Committee on the Neurobiology of Addictive Disorders, The Scripps Research Institute.” A common response to acute withdrawal and protracted abstinence from all major drugs of abuse is the manifestation of anxiety-like or aversive-like responses.”

Many drug abusers tend to think that once the drugs are out of their system and they have become oriented in a healthy and more positive lifestyle that the worst is over.  In a sense, they may be half-right because, over time, the restoration of normal brain mechanisms and the changes one makes toward their recovery can significantly help sustain abstinence.  However, there is much evidence to support the basis of long-term or permanent neuro-adaptations that take place and exacerbate negative emotional states long after the person detoxes from the drugs. 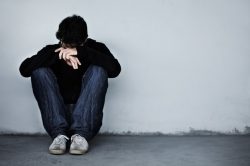 Addiction is a chronic disorder in brain regulation systems involving both stress and anti-stress modulators that are activated by drug use and persist in abstinence to increase the probability of relapse.  All drugs of abuse that have the power to alter brain mechanisms in a rewarding way, such as euphoria or mood elevation will lead to opponent mechanisms that reinforce drug use behaviors in negative ways such as sensitization and withdrawals.

This is the brain’s way of trying to adapt to imbalances in the way it communicates and controls life-sustaining functions.  Underlying these mechanisms is a complex array of conditioned responses to both internal and external triggers.  According to the Harvard Medical School, “Importantly, even low-intensity stressors can be perceived as highly aversive if they are unpredictable or uncontrollable.”

In a report from the University of Texas Health Science Center at San Antonio, “Anecdotal accounts from opioid abusers suggest that sights, sounds and smells previously associated with drug withdrawal can elicit withdrawal-like responses for months after discontinuation of opioids.”   The most commonly reported post-acute withdrawal symptoms include:

Managing post-acute withdrawals is often an issue that is inadequately addressed in some treatment practices, but, almost any addict can tell you that one of their biggest problems is the unanticipated anxiety and cravings for relief that sneaks up on them without awareness and even when they have been practicing their best recovery efforts.

While in treatment, encouragement to change, supervision, and monitoring efforts are beneficial in keeping an addict grounded and on their best behaviors, but, all too often, complacency, and stress are influential in exacerbating post-acute withdrawals where poorer behaviors often follow treatment.  Dealing with post-acute withdrawals involves being able to anticipate the fact that the worst effects can appear at the most inopportune time and having a strategy in place to deal with them when they do.

Recognizing the Stages of Opiate Withdrawal

Dealing with A Relapse

A relapse after significant time in abstinence should not be looked at as a failure, but, rather that renewed efforts to sustain recovery must be used.   Relapse is a process that begins long before the actual act of drug consumption and post-acute withdrawals are only part of the picture in its cause, albeit, a huge part, if left unattended.  Mental health and addiction go together to motivate or inhibit ongoing drug abuse and the brain relies on its natural defenses to keep things in check.

Counseling and support groups are highly advocated to help individuals deal with interpersonal problems, gain feedback and advice, and learn the strategies they need to identify, anticipate, and cope with triggers to relapse.  Reentering treatment or participating in self-help groups can provide the critical support necessary to assist, encourage, and re-motivate recovery efforts.   It’s the worst time to give up and one should remember, they did it once, they can do it again.