What Kind of Opioid Withdrawal Length Can I Expect?

The opioid withdrawal timeline is shorter than that of stimulant withdrawal but can be difficult to weather in its own way. The drug abused (and its dose) may alter the length of the withdrawal syndrome somewhat. Generally, the entire process takes somewhere between seven and ten days, although it can be longer in some cases. 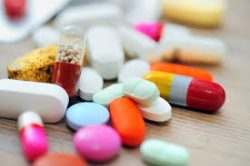 The type of opioid that you take will likely effect the nature of the withdrawal.

According to Harvard Medical School, a person may experience a shorter or longer withdrawal syndrome based on the intensity of the drug and its length of effectiveness. “Short-acting opiates tend to produce more intense but briefer symptoms. The effect of a single dose of heroin, a relatively short-acting drug, lasts 4-6 hours, and the withdrawal reaction lasts for about a week.” However, drugs like long-acting hydrocodone tablets or Oxycontin (the brand name medication containing oxycodone) can cause less intense symptoms that may linger more than the standard week-and-a-half.

Depending on what type of drug you were taking, how high the doses were, and how frequently you took it, you may have a longer or a shorter withdrawal syndrome. It is important to remember, though, these factors will likely only affect the withdrawal length by a few days.

There are three main stages of opioid withdrawal: the early, middle, and late.