Actiq is a brand name medication containing fentanyl, one of the strongest, most intensive opioid drugs used to treat pain. Though this medication is meant only to treat those with breakthrough cancer pain who already have a treatment solution for their around-the-clock pain, Actiq is a unique type of medicine, and there is a major concern for the possibility of child overdose with this particular drug.

Actiq’s Delivery and Danger to Children

According to the Drug Enforcement Administration, Actiq is an “oral transmucosal lozenge,” which is also referred to as a lollipop. The lozenge is found on a handle, and the user is meant to suck on the product in order to receive its effects. As stated by the National Library of Medicine, 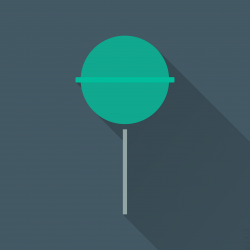 Accidental Actiq consumption is a big concern due to its candy-like appearance.

An adult can easily follow these instructions and can utilize Actiq as it is meant to be taken. However, because the medication looks very similar to candy––with its sucker and handle––children could easily mistake it for this, which could be extremely dangerous.

As stated by the Daily Med, there is enough medicine in the product that, if consumed by a child, it could be fatal. This is why there is a great deal of concern around Actiq and the results it could cause if accidentally ingested by a child.

What Has Been Done to Avoid This Possibility?

There are a number of safeguards put into place in order to avoid the possibility of a child getting ahold of or ingesting Actiq.

Still, there is always a possibility that a child could get ahold of the drug and overdose since the amount of fentanyl in Actiq could potentially be fatal to children under the age of 16.

It is essential to always be extremely careful with a drug as dangerous as Actiq. If you or your loved ones need help for fentanyl addiction, call 800-584-3274 Who Answers? today.