Who Needs Rehab for Opiate Addiction?

What is Opiate Addiction?

Opiate addiction is an epidemic that affects the lives of millions of Americans each year. Opiate addiction is a chronic illness that forms rapidly and begins to control a person’s life by affecting their behavior and their physical health, as well as their mental health.

According to The US National Library of Medicine National Institutes of Health , over the course of their lifetime more than 30 million people will illegally use opiates, which accounts for 9% of the US population.

Opiate abuse has continued to increase throughout the years, mostly due to the increase of prescription painkillers that are being continually administered to patients for pain. Because opiates are highly addictive, when a person tries opiates for the first time they may begin to form an addiction right then and there.

Who Needs Rehab for Opiate Addiction? 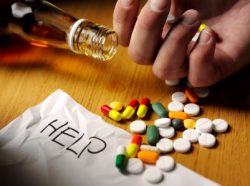 Anyone who is struggling with an opiate abuse or addiction problem would benefit from rehab.

A person addicted to opiates should get help from an opiate rehab so that they can receive the proper help they need for them to conquer their opiate addiction.