Pain-relief medications like opiates do a good job at eliminating pain symptoms, though the effects these drugs have can be far-reaching and harmful. Opiate addictions develop in subtle ways that often go unnoticed. Whether a person takes opiates on a prescription basis or takes them for recreational purposes, the risk of becoming addicted is always there. 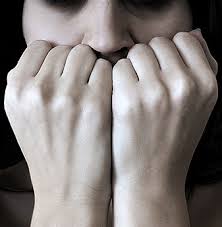 Opiate addiction occurs when an individual feels withdrawal symptoms in the absence of the drug.

Derived from the opium poppy plant seed, opiates naturally contain powerful sedative agents, such as morphine and codeine. The sedating effects of opiates also carry analgesic properties that reduce actual pain symptoms by slowing down nerve signal communications between cells, according to Semel Institute. All of this takes place inside the central nervous system, which regulates most every vital chemical process in the body.

While all this takes place, opiate addiction effects are working to rewire the brain’s reward system to the point where the effects of the drug become a primary motivator for most everything a person does. At this point, a person has become both physically and psychologically dependent on the effects of the drug. As the brain becomes more and more dependent on opiates, opiate addiction effects grow increasingly stronger the longer a person continues to use.

While opiates do a bang-up job in relieving pain symptoms, the brain and body quickly adapt to opiate effects over time. In many cases, a person ends up taking increasingly larger doses to relieve the same level of pain symptoms. Over time, steadily rising tolerance levels become an easily overlooked opiate addiction effect.

This tolerance process will continue for as long as a person keeps taking opiates. After a while, a person comes to believe he or she needs the drug in order to cope with everyday life. From there, opiate addiction effects start to affect a person’s performance on the job, interactions with family and friends and ultimately start to take a toll on his or her physical health.

While these opiate addiction signs typically appear during the early stages of dependency, ongoing use will bring on more severe symptoms, such as anxiety, depression, and ongoing fatigue.