There does seem to be considerable evidence that dihydrocodeine could be a useful pharmacological option for opioid addiction treatment. Call 800-584-3274 Who Answers? now if you or someone you love is struggling with an opioid addiction syndrome and needs help finding professional rehab.

Dihydrocodeine is a derivative of the natural opioid drug codeine. Though it is available by prescription, it is not as commonly used as the latter substance for treating pain. According to the U.S. Food and Drug Administration, dihydrocodeine produces similar effects to codeine, but it is actually much stronger than the other drug.

What Is Opioid Replacement Therapy? 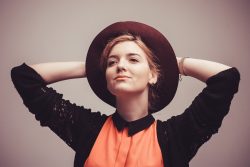 Sometimes known as ORT, opioid replacement therapy is the use of an opioid medication to treat an opioid addiction syndrome. Many individuals who become addicted to opioids need to be maintained on an actual opioid drug in order to safely navigate their withdrawal and their recovery. Some individuals are eventually weaned off the drug while others stay on it for years.

Unlike what many individuals believe, ORT is not the same as replacing one addiction with another. The drugs normally used in this process, such as methadone and buprenorphine, are administered at safe doses where they will not cause euphoria or the other side effects normally associated with opioid abuse. According to the National Institute on Drug Abuse, the gradual onset of action of these drugs produces an effect that is extremely different from the effects of abused opioids, allowing the individual to be maintained without experiencing euphoria.

Is Dihydrocodeine an Effective ORT Option?

Methadone and buprenorphine (or buprenorphine in combination with naloxone) are the most popular medications for ORT. However, there are other options available, and one of the most viable choices for this type of treatment is dihydrocodeine. According to the medical journal titled Addiction:

If you are considering the potential option of taking dihydrocodeine as an ORT, make sure you talk to your doctor or seek out a professional treatment program where you will be able to receive the options you need for a safe recovery.

Call 800-584-3274 Who Answers? now to speak with a treatment advisor. We are available 24/7 to help you find the treatment that will best suit your needs and allow you to put an end to your opioid abuse for good.