The Rise in Fentanyl Overdoses: What Is to Blame?

There has been a significant rise in the number of fentanyl overdoses in the United States over the past few years. This is a dangerous issue, and many individuals are succumbing to fentanyl-related overdoses, deaths, and other serious side effects. But what is to blame for these issues? Call 800-584-3274 Who Answers? now if you or someone you love is struggling with a Fentora addiction. 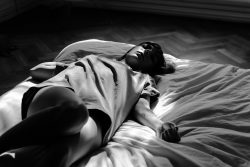 Fentora is a brand name version of fentanyl that comes as a buccal tablet that one can place between the gum and cheek and dissolve. The drug is just one of the many legal and prescription forms of fentanyl, which should only be taken under a doctor’s supervision. However, abuse of the drug has been leading to a high rate of fentanyl overdose.

According to the Centers for Disease Control and Prevention, “Overdose deaths involving synthetic opioids other than methadone… increased by 72 percent from 2014 to 2015.” Also, the number of states that are reporting 20 or more confiscations of fentanyl every 6 months are also increasing. In 2013, from July to December, only 6 states reported this amount of confiscations, while during the same timeframe in 2014, the number shot up to 18 states. But why are so many people dying of fentanyl overdoses?

What’s to Blame for the Fentanyl Overdoses?

In many situations, the main issue is heroin that has actually been laced with fentanyl. Many heroin users do not realize this, and when they take the drug thinking it will affect them like it normally does, it is much stronger and causes overdose. According to the National Institute on Drug Abuse, fentanyl is 30 to 50 times more potent than heroin, which is why people are creating synthetic versions of it with which to lace the latter drug.

However, while most of the fentanyl-related overdose deaths are caused by synthetically produced versions of the drug hidden in other substances, many individuals do abuse brand name versions on purpose. Drugs like Fentora may be chewed up and swallowed by individuals hoping to experience a quick release of the drug. When this occurs, all the effects of the drug hit the individual strongly and all at once, causing them in many cases to overdose.

Fentanyl is becoming a more popular option for both those creating and selling drugs and those using them, which is extremely dangerous. Because the medication is so intense––and because many people are not aware of the potency of the drug––its popularity and use is likely to only lead to more overdose deaths in the future.

Are You Addicted to Fentora?

Do you believe you will not be able to stop using this drug without professional help? Now is the time to seek the help you need in order to make a full and safe recovery. Call 800-584-3274 Who Answers? now to be matched with rehab centers that will help you put an end to your fentanyl abuse for good.