Recent crackdowns on the distribution and use of opiate-based prescription pain pills have left addicts searching for alternatives, creating a hole that heroin can easily fill. Today’s easy access to heroin coupled with low its low cost has created the perfect funnel for opiate addicts in search of the next best “high.”

While addiction in any form creates a host of problems in a person’s life, poly-drug use makes the process of recovery that much more difficult to endure. As rates of poly drug use continue to rise, the need for more intensive drug treatment programs will increase accordingly.

Once confined to poor, urban areas, heroin abuse has branched out, affecting population groups who’ve remained, for the most part, unaffected in past decades. As of the start of the 21st century, prescription pain pill abuse rates have skyrocketed. Today, this trend appears to be veering off in another direction.

In general, prescription pain pill users tend to come from socioeconomically well off population groups, with easy access to employer-sponsored health care coverage. Tightening restrictions on prescription pain meds have not only cutoff access to drug supplies, but have also driven recreational users to seek out a “newer and better” opiate version: heroin. 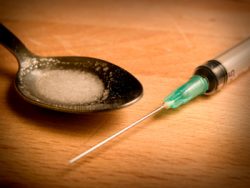 The resulting damage to brain function is extensive, requiring several months of residential-based treatment followed by ongoing outpatient treatment or better yet, long-term sober living treatment programs. Adding heroin to the mix all but guarantees drug treatment programs will be dealing with the most severe forms of opiate addiction.

In light of today’s rising healthcare costs, treatment programs, both short- and long-term, will likely have a difficult time meeting the range of treatment needs opiate poly-drug users have.