The Dangers of Snorting Heroin and When to Consider Treatment Help

Yesterday’s heroin market pales in comparison to the quality of product, low price and availability of heroin in today’s marketplace. Likewise, the stigma attached to “shooting up” heroin has been replaced with the convenience of snorting a much more powerful product that delivers as good a “high” as its predecessor.

Not surprisingly, heroin abuse rates have skyrocketed like never before affecting population groups that remained otherwise protected from this scourge in the past. For those affected, the dangers of snorting heroin extend well past the damage this drug can do to the body’s respiratory system, essentially turning a person’s life upside down in unexpected ways.

Heroin belongs to the opiate class of drugs, which are known for their pain-relieving effects. In spite of its status as an illicit drug, heroin’s chemical makeup closely resembles a few of the brain’s own neurotransmitter chemicals. These chemicals (dopamine, serotonin and norepinephrine) play central roles in regulating the body’s pain management system.

In effect, heroin’s ability to interact with the brain in much the same way as the brain’s own chemicals sets the stage for abuse and addiction processes to take hold. Whether shooting up or snorting heroin, these same factors come into play.

The Dangers of Snorting Heroin 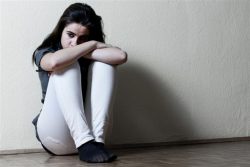 Once physical dependence sets in, symptoms of heroin withdrawal such as anxiety and depression may be experienced.

It should come as no surprise that snorting heroin does considerable damage to the tissues that line the nasal passageways. With frequent or long-term use, this damage can result in perforations or tears in the tissues that separate the nasal passages, also known as the nasal septum, according to the National Institute on Drug Abuse. Snorting heroin can also cause damage the brain’s cells to the point where actual changes in brain structure start to develop, which inevitably changes the way the brain works.

Increasing tolerance levels have to do with how the brain responds when snorting heroin on a regular or frequent basis. Over time, the brain’s cells become less sensitive to heroin’s effects, which weakens the intensity of the “high” a person experiences.

In turn, these developments drive users to increase dosage amounts in order to strengthen the drug’s effects. Ultimately, tolerance level increases will continue on indefinitely for as long as a person keeps snorting heroin.

According to Semel Institute, addiction most impacts a person’s mindset in terms of changing his or her daily priorities and behaviors. Snorting heroin carries a high risk of developing addiction as the drug all but reconfigures how the brain works and how a person thinks. Before long, getting and using heroin takes top priority in a person’s life at the expense of career, relationships, finances and physical health.

As “clean” and easy as snorting heroin may seem (compared to shooting up), this drug wreaks havoc on the mind and the body. In the absence of needed treatment help, heroin addiction will slowly but surely destroy a person’s quality of life over time.

If you or someone you know has gotten into the habit of snorting heroin and have further questions about heroin or heroin addiction, please feel free to call our toll-free helpline at 800-584-3274 Who Answers? to speak with one of our phone counselors.