Unfortunately, morphine addicts can quickly turn into heroin addicts because of the effects of both types of drugs as well as the relative ease with which one can obtain the latter substance. Call 800-584-3274 Who Answers? today if you or someone you love is suffering from an opioid addiction and needs help recovering.

After becoming addicted to morphine, it is very easy for someone to become addicted to heroin. According to the National Highway Traffic Safety Administration, morphine is a natural substance that occurs in the seedpod of the poppy plant. Heroin is a semi-synthetic substance that is created from morphine. As a result, both drugs cause similar results and are often used interchangeably by addicts.

It is also very common for a person to turn to heroin after becoming addicted to morphine or another prescription opioid. As stated by the National Institute on Drug Abuse, nearly half of heroin-addicted individuals asked in three recent surveys admitted to using prescription drugs first. This is a common occurrence for a number of reasons. 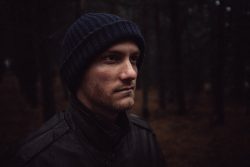 Morphine addicts often switch to heroin because it’s cheaper and easier to obtain.

How Do I Know I’m in Danger of Switching to Heroin?

If you believe you are in danger of turning to this illicit drug, you probably already are. But ask yourself the questions below in order to determine if this is a serious issue for you.

If you answered yes to any of the questions above, you are definitely in need of help and should avoid turning to this extremely dangerous, illicit drug use by seeking treatment.

Where Can I Get Help?

You can find help for your opioid addiction syndrome today by calling 800-584-3274 Who Answers? . We want to match you with the best rehab programs available for your needs and allow you to begin a new life, free of substance abuse.