Unfortunately, those who abuse opioid drugs of any kind are putting themselves at significant risk of eventual heroin abuse. Especially if you are already addicted to opioids, it is important to look for the signs that you may soon turn to heroin, and to find a treatment program that fits your needs by calling 800-584-3274 Who Answers? now.

How Common Is It for Opioid Abusers to Turn to Heroin?

It is actually more common than we may have previously realized for those who consistently abuse prescription opioids to eventually move on to heroin. According to the National Institute on Drug Abuse, “Nearly half of young people who injected heroin surveyed in three recent studies reported abusing prescription opioids before starting to use heroin.”

Those who did make the switch also cited may of the same reasons for doing so. Therefore, if you are concerned that you may be likely to turn to heroin abuse, you probably are, and you should seek help right away.

Signs You May Turn to Abusing Heroin 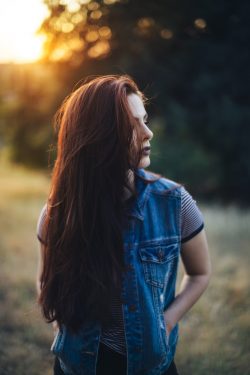 Obsessing over drug use may lead to heroin abuse.

Those who do decide to begin abusing heroin after the consistent and addictive use of prescription opioids often have many of the same reasons in common. These can include:

Other aspects of your behavior and experiences that may show you are in danger of switching to heroin include:

As stated previously, if you believe you may be in danger of turning to heroin abuse as another step in your opiate addiction, you likely will if you do not get treatment. This is why it is so important to seek help and to put an end to your substance abuse before it continues to get worse.

Whether you are abusing prescription opioids, heroin, or both, seeking treatment can help you put an end to your substance abuse and create a positive change in your life. You don’t have to go it alone. Call 800-584-3274 Who Answers? now to find the best treatment option for your needs and to begin your recovery today.