Naloxone and buprenorphine is a safe and effective treatment option for many individuals suffering from opioid addiction and dependence. Call 800-584-3274 Who Answers? now for help finding the treatment center that will best suit your needs and allow you to recover safely.

Naloxone and Buprenorphine for Opioid Dependence

Naloxone and buprenorphine are often marketed together to treat opioid dependence and addiction. The combination drug is usually sold as a brand name medication called Suboxone. According to the National Library of Medicine, buprenorphine and naloxone work “to prevent withdrawal symptoms when someone stops taking opioid drugs by producing similar effects to these drugs.” Though this medication was only approved in 2002, it is quickly becoming an often-used option for this treatment in addition to methadone, which has been utilized as an opioid replacement therapy for over 40 years.

Is Naloxone and Buprenorphine a Safe Option?

This combination drug is actually very safe for the treatment of opioid dependence for a number of reasons. 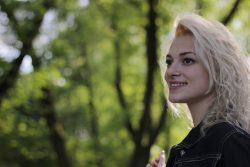 Still, buprenorphine and naloxone can potentially be abused, like all other opioid-based drugs. The medication is merely safer than methadone, as well as other full opioid agonists, from this issue. However, some people still need methadone to treat their addictions.

Those with severe dependencies will not usually be able to get everything they need from the combination of buprenorphine and naloxone. These individuals may need optimal doses of methadone when optimal doses of buprenorphine and naloxone are not strong enough to treat their opioid dependence. In short, the combination drug containing these two medicines is a very safe treatment option for opioid addiction for many individuals, but it does still have a potential for misuse, albeit a lower one.

Do You Want Help Finding a Treatment Program?

Call 800-584-3274 Who Answers? today to speak with a treatment advisor. You can begin your recovery as soon as possible when you find a rehab center that will suit your needs and allow you to put an end to your substance abuse.