First approved for marketing in the U. S. In 1995, Tramadol got its start as a non-controlled analgesic drug. From there, reports of adverse effects have resulted in changes to Tramadol’s drug classification.

Once considered a safe, pain-relief remedy, Tramadol has turned out to be just as dangerous as any other opiate-based drug, and even more so dangerous than most opiates.

Tramadol, also known by the brand name Ultram, has undergone considerable changes in its drug classification since 1995. Its original classification as a non-controlled substance allowed physicians to prescribe the drug under the same guidelines used for medications that carry no abuse or addiction risks.

According to the Drug Enforcement Administration, ongoing reports of abuse and diversion comparable to drugs like OxyContin resulted in Tramadol’s reclassification as a Schedule IV controlled substance. Schedule IV drugs do carry a very real potential for abuse and addiction. 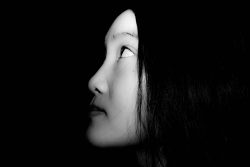 Tramadol withdrawal can cause anxiety and paranoia.

Like most all opiate drugs, Tramadol has a cumulative effect on the brain’s chemical system, gradually weakening chemical-producing cells with continued use. Exceeding prescription guidelines in dosage amount or dosage frequent results in an increasing tolerance for the drug. When this happens, larger doses must be taken in order to experience the drug’s effects.

Physical dependence, another adverse effect of Tramadol abuse, leaves the brain unable to function normally in the absence of the drug. Under these conditions, a person starts to experience withdrawal effects on an increasingly frequent basis.

Tramadol’s addiction potential is actually comparable to that of OxyContin, which is one of the most addictive opiates on the market. After so many weeks or months of Tramadol abuse, the drug’s effects start to “rewire” the brain’s chemical pathways to the point where getting and using the drug becomes the primary focus in a person’s life, driving his or her thinking, emotions and behaviors.

Large doses of Tramadol carry a high potential for overdose, which poses a particularly high risk for people who’ve built a high tolerance for the drug. According to the Food & Drug Administration, Tramadol’s overdose potential also comes into play when combined with drugs that slow the body’s central nervous system functions, such as alcohol, antidepressants, sedatives and muscle relaxants.

As far as Tramadol being a “safe” opiate, this drug produces many of the same effects as any other opiate class drug. Considering how opiates as a group are known for their ability compromise the brain’s functional capacity, it’s relatively safe to assume that there are no “safe” opiates as far as abuse and addiction potentials go.

If you suspect you or someone you know may be struggling with Tramadol abuse and need help finding treatment that meets your needs, please feel free to call our toll-free helpline at 800-584-3274 Who Answers? to speak with one of our addictions specialists.