Opiates, What Doctors Won’t Tell You

Not only opiates are a highly addictive treatment for pain. So addictive that many doctors hesitate to prescribe them to patients looking for long term solutions to pain. Very often doctors leave out several facts about opiates that you should know about before you begin taking them.

Yes, this seems obvious but when a doctor prescribes a painkiller after surgery or an injury, they encourage you to take them. Even just a few doses of a high end opiate can lead to a nasty addiction and withdrawal.

Not everyone who Takes Opiates becomes Addicted

According to the National Institute on Drug Abuse, there is inaccurate data when it comes to addiction rates. The current estimate is between 3 and 40 percent. The reason for this gap is the difference between addiction and dependence.

These two conditions are very close in nature. This is why it is so difficult for doctors to tell the difference between addiction and dependence. Some people need opiates to function without pain while others start out needing them for pain and then the drug begins to take over their life. In early stages it is impossible to tell which patients are addicted and which are dependent on the drug.

There are Viable Alternatives to using Opiates 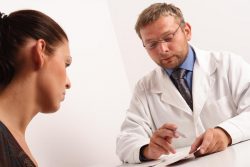 Doctors often encourage opiate use for pain, despite their addictive nature.

Many doctors will not suggest alternatives to opiate and opioid medications. Some the alternatives suggested by the Food and Drug Administration are:

When trying herbal remedies it is important to make sure you are under medical supervision. Some herbal medications are toxic in high quantities.

There are options that are not opiate relate-d. If you are addicted to opiates, you do not have to be in pain. For more information call use at 800-584-3274 Who Answers? .